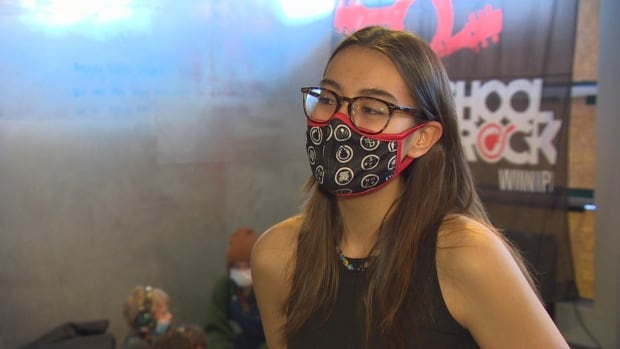 When music teacher Aubrey Slater heard the news that Hawkins, 50, had died while touring South America with the band, she said she was devastated.

“It’s nothing you expected, especially because he was so young. Hearing about it, it doesn’t seem real and it’s like, what’s going to happen to the band now,” said she declared.

“I can’t even talk about it without being upset right now.”

A fan since she was a child herself, Slater says she passed on her love of the Foo Fighters to her students and that Hawkins inspired her to pursue a career in music.

“Watching someone you know had a big influence on your life and why you’re a musician, it’s just very heartbreaking,” she said.

Slater had tickets to see Foo Fighters in Winnipeg this fall for the first time and was especially excited to see Hawkins perform live.

“The way Taylor performed, it’s like it was his life. He just made it so much fun and he made it look so easy,” she said.

“You put drummers in the back. No one really cares about a drummer, but like, he was like the absolute star.”

Others take the opportunity to appreciate Hawkins’ music.

Downtown Winnipeg record store Into The Music completely sold out its Foo Fighters vinyl within hours.

“We got a lot more calls from people asking if we have any left, and I would say no, unfortunately. They all kind of flew off the shelves first thing in the morning,” said Everett Giesbrecht, an employee. at the store.

He said interest in Meat Loaf was also sparked when the artist died in January.

“When someone dies, it seems like interest is aroused,” Giesbrecht said.

The Foo Fighters are also mourning the loss of their drummer.

“His musical spirit and contagious laughter will live with us all forever,” read a message on the band’s official Twitter account which was also emailed to reporters. “Our hearts go out to his wife, children and family.”

Hawkins is survived by his wife, Alison, and their three children.

6 cool things in music this week include Brandi Carlile, Marcus King and Pharoah…