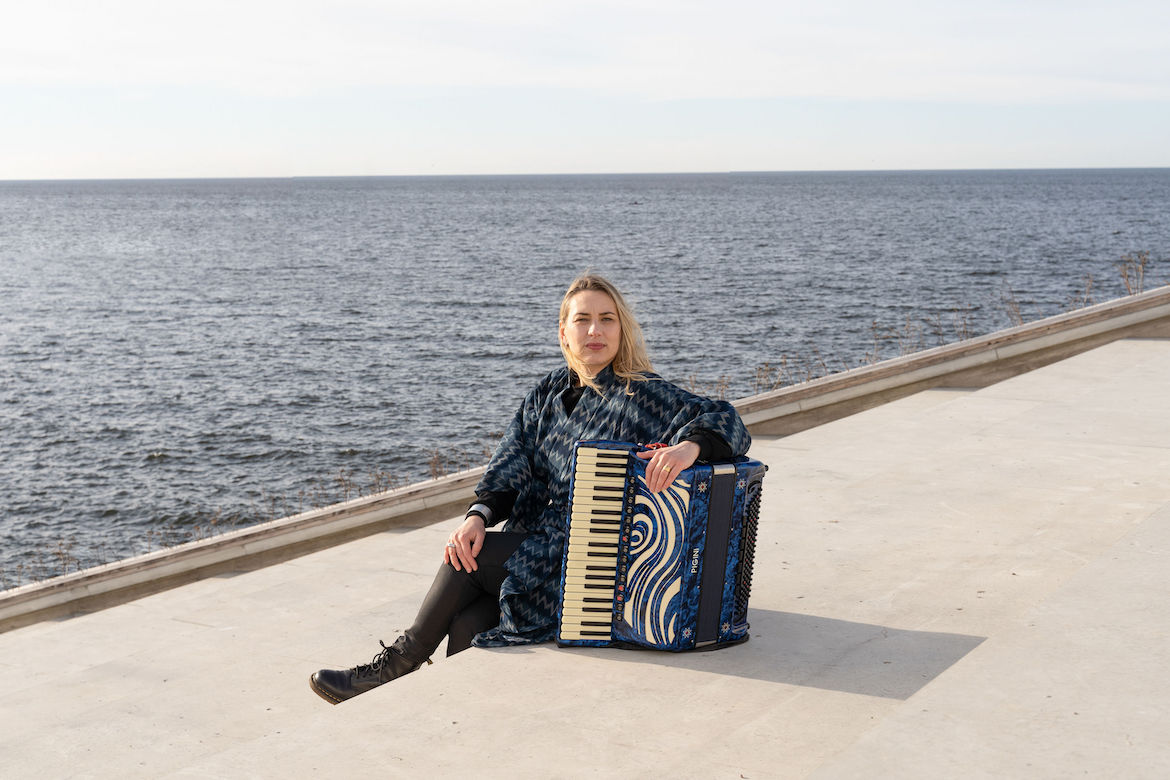 Swedish-Estonian musical experimenter and composer Tuulikki Bartosik shared a new single from their upcoming album game landscapes, which is due out digitally and on vinyl in October 2022. In his review of Bartosik’s Storied Sounds album in 2016, Thomas Blake noted that there are “polskas and slängpolksas – dance tunes deeply indebted to the Scandinavian musical tradition. But there is also a welcome modernity at play.” He concludes “…tradition means nothing without evolution. Storied Sounds sums up this concept with breathtaking simplicity and dynamism.

A lot has happened in the meantime, the evolution mentioned by Blake has grown wings. In her own words “My next album marks a new era in my musical creation, I intend to hold no barriers in the creation of this new album and let my inspiration flow in any way it sees fit. .”

While we may have seen flickering embers of this growth in his previous music, the first two shared singles from his forthcoming album Playscapes hint at a freedom that is both beautifully experimental and deeply engaging. It’s also our song of the day.

Rather than in Estonian, the title and lyrics are in the language of the Võrumaa region in southern Estonia. Roughly translated as Reval, A Cheat Story, “Reval Pettäsaamislugu” mixes its impressionistic lyrics with rhythmic music reflecting the torment of not being able to reconcile one point of view with another. It’s about how more than one thing can be right, even if they seem to oppose each other – is one idea a deception, the other, or neither?

Tuulikki is constantly changing and evolving. She started out as a musician drawing inspiration from the traditional, but her approach to songwriting and recording has transformed since her second album “Tempest In A Teapot” in 2019 and the EP “Fýri” in 2021. “I always start writing in the traditional way but then I improvise a lot,” she explains. “I check in, then I start taking the bits that I like and composing from there to create a structure.” With Playscapes and its singles, she entered different territory than “Fýri”, which was recorded live in an outdoor setting.

On “Reval Pettäsaamislugu”, the accordion is there – but it creates rhythmic punctuation. You can also hear the Estonian kannel, the zither-like instrument unique to Finno-Ugric culture – but, again, it’s there for the feel. A pen plucks its strings. What is heard becomes part of the whole rather than a goal.

What Tuulikki instinctively invoked was inspired by his experiences as a child in a kindergarten also attended by other local children from Russian or ethnic Russian families. This was before independence when Estonia was still occupied by the USSR. “My grandparents had told me horrible stories about World War II, what the soldiers had done – my grandfather was in prison,” says Tuulikki. “My mother would not recommend me to play with them, but I established my own relationship with Russian-speaking children in kindergarten. I had to think for myself. And recently, with Russia, there has been so much cooking in the background all the time, and now it’s surfaced in a heartbreaking way. It’s a really tricky thing to think about how I grew up.

Conflicting emotions are never easy and by meeting them head-on, Tuulikki, of course, can’t come up with anything definite. “Reval Pettäsaamislugu” evokes an insoluble internal conflict – where we are now, against where we were. Where is Tuulikki now, and where she was.

Also from the past, Reval is the old name of Estonia’s capital, Tallinn. Tuulikki chose it because when the name was in use, the city was an international trading place, a melting pot where anyone from anywhere found a place.

The same goes for the title Playscapes. “It’s a free place, where I can play without any limits, without anyone telling anyone what to do,” Tuulikki says of the album’s title. “During the occupation in Estonia you weren’t free in your thoughts as a child, I remember living with the feeling ‘do they know what you’re thinking?'”

That’s what “Reval Pettäsaamislugu” is about – expressing difficult, connected yet divergent thoughts. How could it be otherwise in the limitless world of Playscape.

You can purchase the track through Bandcamp: https://tuulikkibartosik.bandcamp.com/