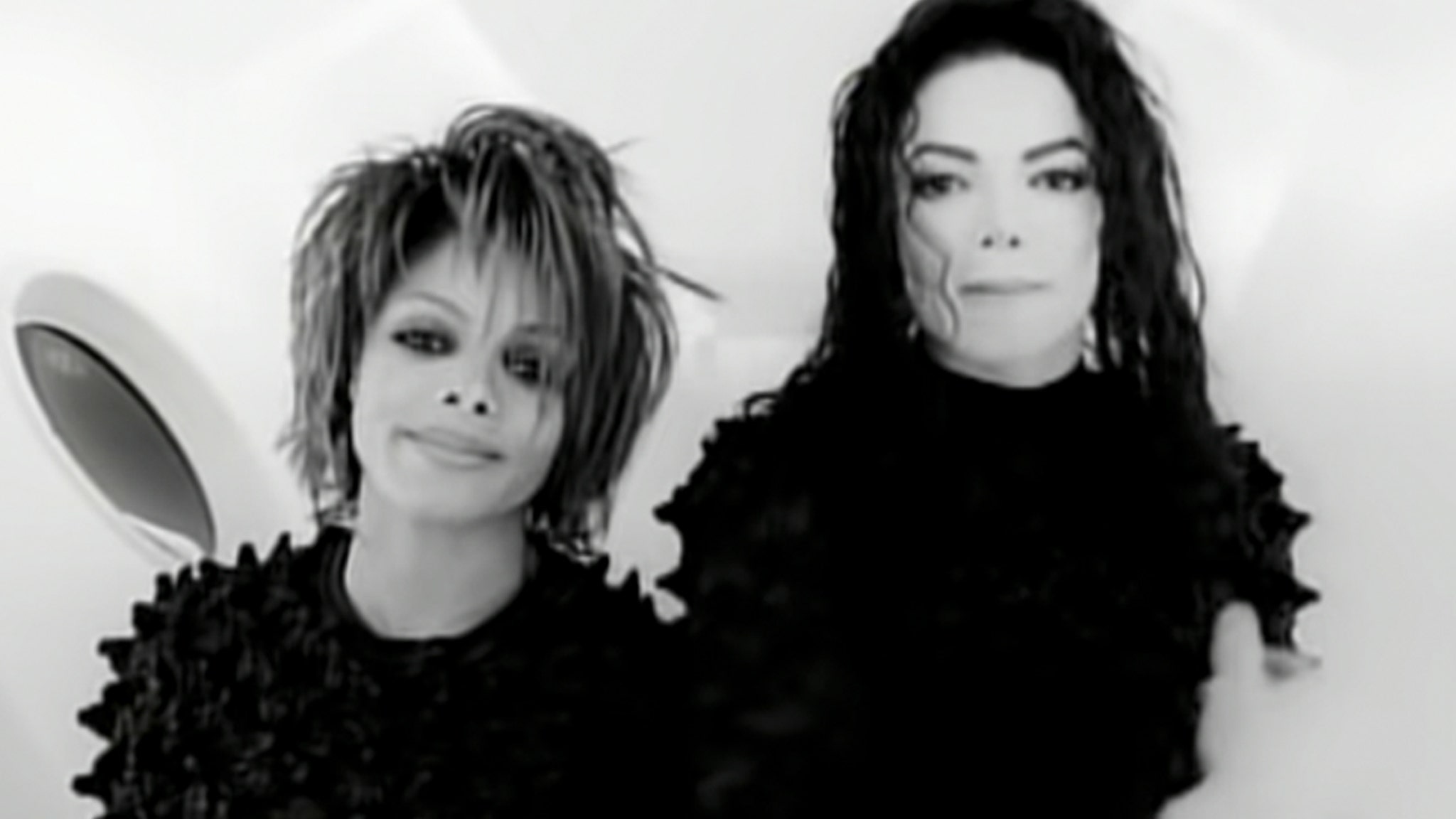 Top 10 Most Expensive Music Videos Ever Made

Michael Jackson and Madonna have both landed on the list three times each.

Since the explosion of MTV in the 1980s, music videos have been an important part of every artist’s career. Not only are they often a visual representation of a song’s meaning, but they also give artists the opportunity to express themselves creatively. And when these artists have the freedom to create their own visual masterpieces, things can get a bit over the top!

Musicians like Madonna and Michael Jackson have easily spent millions of dollars on music videos throughout their careers, earning them multiple spots on the list of the most expensive videos ever made. Whether it’s thanks to prominent star appearances, massive sets, or groundbreaking CGI technology, these videos all have budgets in the millions – and when you factor in inflation, the numbers are even more staggering. .

Please note that this listing is ordered by the price of the video based on the current inflation, calculated by the US Bureau of Labor Statistics.

Check out which video clips broke the bank below …

In 2000, Limp Bizkit frontman Fred Durst made a big budget video for â€œRollin ‘(Air Raid Vehicle)â€ which was partially filmed atop the South Tower of the World Trade Center. It featured cameos from Ben Stiller and Stephen Dorff, who starred in “Zoolander” that year. The video cost $ 3 million at the time, which, thanks to inflation, would now be around $ 4.8 million.

MC Hammer went overboard for his 1991 music video for “2 Legit 2 Quit”. The nearly 15-minute clip was practically a short film, with a story revolving around the legendary Michael Jackson glove. The video also featured numerous celebrity appearances, including Tony Danza, Jim Belushi, and James Brown. Back then, video cost $ 2.5 million, but in today’s economy, that would be $ 5 million.

Michael Jackson hasn’t shied away from shooting big-budget videos throughout his career, including his 18-minute video for â€œBad,â€ which was directed by Martin Scorsese and written by novelist Richard Price. It took over a month to film on location in Brooklyn and drew heavily on “West Side Story” including a dance performance at a subway station.

â€œIt sounded like a great idea. Martin Scorsese came to me and told me Quincy Jones came to see him on behalf of Michael Jackson to do a music video. He’s ‘low’. Think about it: Richard Price, Scorsese , Michael Jackson, who the hell is going to say no? Of course I was going to … Jackson is not a bad actor, and Scorsese, well, he’s awesome. I wrote a really good eight script. pages … I think it’s cool to have done it “said Richard Vulture of the video.

There is a lot of mystery surrounding Aqua’s music video for “Cartoon Heroes”. The group, which is best known for their hit “Barbie Girl,” spent over $ 3 million on the video, which comes to $ 5.6 million with inflation. During the four minute and nineteen second video, a one-eyed sea monster tries to take over the world. While there is a lot of use of green screens and unique sets, it’s still unclear how much video costs so much. Unfortunately, the group has kept their lips sealed about the video.

The Guns N ‘Roses music video â€œEstrangedâ€ was the last part of a trilogy that also included â€œDon’t Cryâ€ and â€œNovember Rainâ€. The 10+ minute video was written by frontman Axl Rose and directed by Andy Morahan. The story follows a disheartened Axl as he moves through a series of expensive backdrops that ends with his jumping from an oil tanker into the ocean, only to be saved by a pod of dolphins. The video used high-end CGI visual effects that were unique for the time and helped push the price up to $ 4 million, or $ 7.6 million in today’s economy.

Some argue the video actually cost even more than that, with director Mark Romanek affirming that he thinks the production required “$ 9 or $ 10 million” at the time, which is more than the most expensive rated video ever!

Michael Jackson’s second most expensive music video was for his 1991 hit “Black Or White”. An estimated 500 million people tuned in to the 11-minute video’s premiere, breaking television records and becoming the highest-rated Fox special so far. The video features appearances by a young Macaulay Culkin and Tyra Banks along with plenty of special effects that include a moment where a black panther transforms into Michael. In total, the video cost $ 4 million, and given inflation, its budget today would be $ 8.1 million.

Madonna has made some of the most expensive videos of all time and in 1995 gave up $ 5 million to create a video for “Bedtime Story”. Today, that grand total would amount to over $ 9 million. During the production process, director Mark Romanek sought to bring the hook to the song, “Let’s Get Unconscious,” to life with surreal imagery. The video took six days to film as well as weeks of post-production to perfect the digital effects. When it was finally completed, its release was treated as a film premiere and screened in theaters in Los Angeles, Chicago and New York.

Madonna’s second most expensive video was shot for the James Bond theme song she recorded in 2002. Inspired by action sequences from the film of the same name, Swedish production team Traktor spent $ 6. $ 1 million for the video, which would easily exceed $ 9.4 million today. . The video features realistic fights between a good and a bad Madonna, which would have required advanced special effects in almost every shot.

Madonna’s video for “Express Yourself” was her most expensive ever, reaching $ 5 million which, thanks to inflation, would now exceed $ 11 million. The video, which was inspired by Fritz Lang’s dystopian film “Metropolis”, was directed by David Fincher but included many contributions from Madonna herself.

â€œThis one, I had the most input. I oversaw everything – the set construction, everyone’s costumes, I had meetings with the makeup and hair and the cinematographer, everything. the world. Casting, finding the right cat – just every aspect. Kind of like making a little movie. Basically we just sat down and just threw out all the ideas we could come up with and all the things we wanted. images that we wanted – and I had some fixed ideas, for example the cat and the idea of â€‹â€‹Metropolis. I really wanted to have that influence, that look on all men – workers, diligently, methodically, working away, â€ Madonna said in “Madonna: In Her Own Words”.

Michael Jackson has teamed up with his sister Janet to create the most expensive video of all time. In 1995, “Scream” cost $ 7 million to create, which today would represent over $ 12 million. The video, directed by Mark Romanek, follows the siblings as they escape from earth in a spaceship and includes 13 sets that took weeks to create. Mark says the main reason the video was so expensive to make was the extremely tight deadlines and fast turnaround times required by the label.

“The reason the video cost such an obscene amount of money is that the label came in too late with a tough release date … And Michael is crazy. Everything has to be the biggest, the most big, biggest, biggest, best, best And they gave me something like five weeks from the day they came to see me to that tough first date … so we had to build all the huge sets and doing all these huge effects … It takes at least two weeks to figure it out, write it, prepare it and budget it. Then it took 10 days to shoot it. That left us two and a half weeks to put it up and do the visuals. So they, not me, had to throw in the money And two million dollars of that was the benefits and the safety of Michael and Janet, the campers, the trailers and the helpersâ€¦ So , two million of that didn’t even go to the screen, â€Mark said. SlashFilm.

Blue microphones The best microphones in the ProLine XLR series have been launched in Taiwan, and the sound quality of all three products is at studio level.