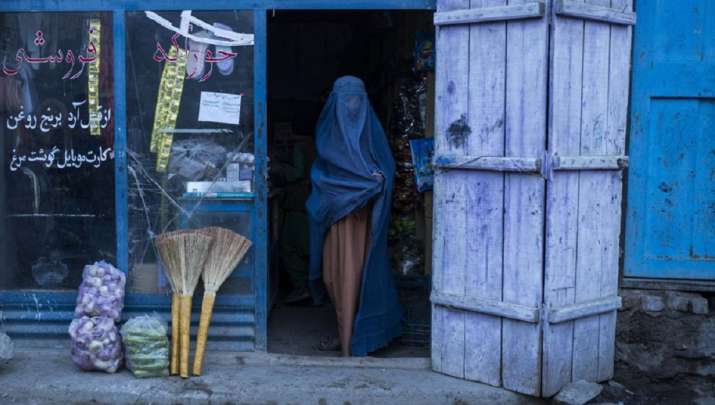 The Taliban are now banning the display of female mannequin heads in stores; music in cars, taxis

In a new diktat, the Taliban have now ordered all traders not to display the heads of female mannequins. An official with the Directorate for the Promotion of Virtue and the Prevention of Vice in the western province of Herat in Afghanistan said that posing and looking at the face of such mannequins was against Islamic Sharia law and therefore , the heads of all these mannequins should be cut off.

The instruction comes a day after the Kabul group issued instructions advising taxi drivers not to offer to drive unveiled women without close male relatives.

A number of traders in Herat have expressed concern over the instructions and said the Taliban is making life difficult for them every day.

Traders said they bought each mannequin for $ 100-200 and now have to cut off their heads.

Ali Ahmad, a trader from Herati, said: â€œActually, these mannequins are my only possessions now, and now with this new order, I have to cut off their heads. It’s a great loss for me, â€according to the report.

In another measure restricting women’s freedom in Afghanistan, the Taliban have said women seeking to travel more than 72 km should not be offered transportation unless accompanied by a close male relative.

A notice issued by the Taliban Ministry for the Promotion of Virtue and the Prevention of Vice also ordered all vehicle drivers to refrain from playing music in their cars and not to pick up female passengers who are not wearing of islamic hijab covering their hair.

Ministry spokesman Mohammad Sadiq Akif confirmed the authenticity of the notice on December 26.

A cab driver in Kabul, who declined to be named, said armed Taliban men for some time had urged taxi drivers not to play music in their cars or take women without hijabs .

Exiled Afghan legal expert Haroun Rahimi criticized the Taliban directive, saying it means taxi drivers will effectively be able to “monitor the bodies and mobility of Afghan women,” according to the report.

Meanwhile, dozens of Afghan women protested Tuesday against new directives from the Taliban restricting their movements. Protesters said the Islamic Emirate was keeping women out of society by imposing restrictions and called for their rights to education, employment and social freedom to be upheld, Tolo News reported .

They used the slogans “we are the voice of the hungry” and “we are awake, we hate discrimination”.

“How do we find a relative to go out in urgent times? They said ‘we are not responsible for your food’ so pay our wages and we can eat, we are not the women of two ago decades we will not be silent, â€said Wida, a protester, Tolo News reported.

The Islamic Emirate should not remove women from society, they said.

â€œWe have come together to raise our voices against restrictions on women; our schools are closed, they have taken away work opportunities, now they have ordered us not to leave our homes alone, they talk about the rights described by Islam. Is Islam ordering that a nation should be hungry, does Islam say to ban girls’ education? “Said Shayesta, a protester.

The protesters called on the international community not to ignore Afghan women.

“We are half of society, we are human, we have the right to education and to work, I ask the international community not to recognize this government,” said Zahra, a protester.

The demonstration by Afghan women did not last long as the forces of the Islamic Emirate fired in the air to disperse the protesters.

Meanwhile, Taliban officials said women can have rights based on Islamic regulations.

(With contributions from agencies)

Latest news from the world