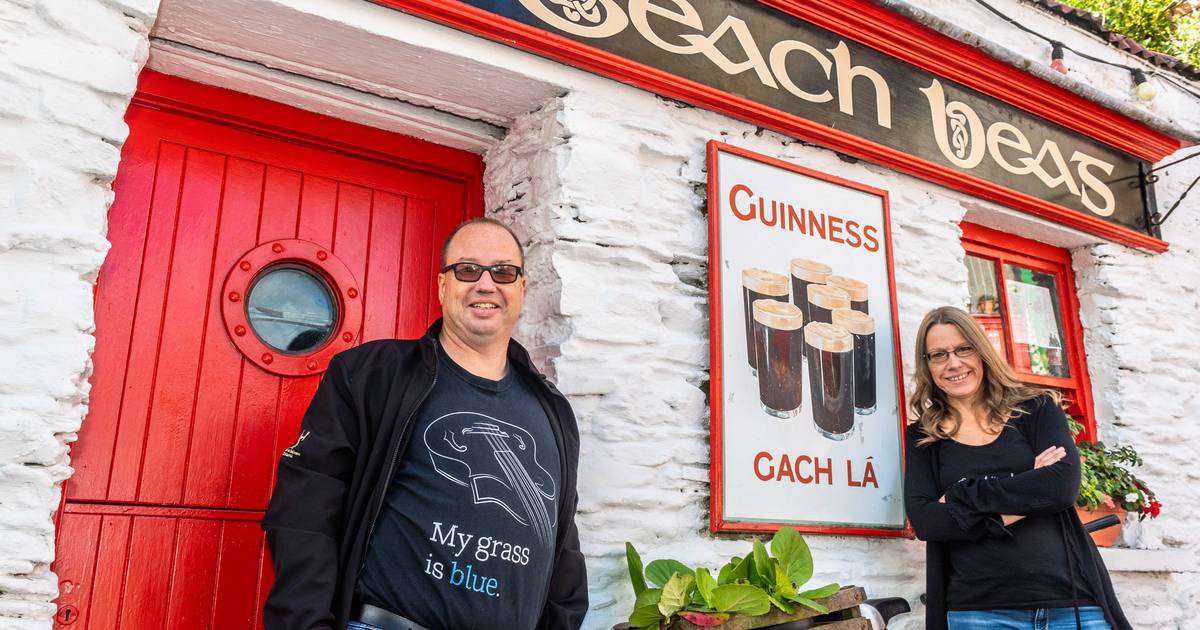 Susanne Svalefelt had just finished a long shift in the oncology ward at the hospital where she worked in southern Sweden when a text message from her husband, Daniel, appeared on her phone. It had been a difficult few days for the nurse; the hospital had announced its intention to restructure the department and informed the staff that they had to reapply for employment.

“I felt bad that day and I didn’t know where to go or what to do. And then, all of a sudden, Daniel texted me asking if I wanted to move to Ireland. I responded within minutes saying, “Let’s sell the house and leave.”

Daniel, who was on a work trip to Madrid, had wandered the streets of the Spanish capital, thinking back to his time in West Cork a decade earlier. “I had been to Spain several times for work, and it made me realize that there were other places you could live outside of Sweden. In Sweden everything seemed so clean and polished, but in Spain life was more down to earth, more like Ireland. I started having flashbacks to my time in Ireland, so I texted Susanne. Three months later we were living in Cork.

We realized that we had more friends in Ireland than in Sweden. We socialized more here

Susanne and Daniel had each spent time in Ireland in 1999, but their paths never crossed. Susanne worked as an au pair in Cork City while Daniel worked at an emerging technology hub in Clonakilty, West Cork.

“I come from a family that has no tradition of travel,” says Susanne, who was born and raised in the rural county of Dalarna, about 300km north of Stockholm. “We crossed the Norwegian border sometimes in the summer, but flying abroad was totally out of the question.” When she was 19, Susanne moved to Gothenburg to find work; so she started to learn German, French and Italian before going to Italy to work as an au pair.

“It was the languages ​​that made me want to travel, but I didn’t have any friends interested in the same things, so I decided to go abroad on my own. I came back to Sweden after a year, but there was no job, so I went to Cork.

Daniel, who grew up and went to university in the town of Skövde, north of Gothenburg, was fascinated by computers and technology from an early age – “I was this full-fledged computer geek in the 90s” – and moved to West Co Cork for a few years after finding a job at the new Clonakilty Technology Park. In 2002, he was recruited from Sweden; soon after, he met Susanne.

Both passionate musicians – Susanne plays mandolin and guitar, Daniel the violin – the duo met on an online bluegrass music forum. They married in 2006; two years later, Daniel sent the message suggesting they return to Ireland.

They spent their first four months in Cork before renting a house in Clonakilty. “I didn’t know anything about West Cork at the time, but Daniel wanted to visit the old trad sessions he used to go to,” says Susanne. “As soon as we went there, met the people and saw the city, I knew the area was like home. I’ve lived in big cities like Milan and Gothenburg, but I’ve always preferred rural areas. I know Cork is small, but it was impersonal and too big for my liking.

Daniel, who now worked with a tech company on Little Island, east Cork city, commuted daily from Clonakilty; Susanne found work as a nurse in town. Over the months, she realized that she wanted to improve and specialize in oncology. Daniel, who quit his job after three months on the road and started working as a contractor for his former employer in Sweden, was traveling to Scandinavia in the meantime to work a few times a month.

“We also had problems with our house – it was damp and poorly insulated,” he says. “We had gone to look for houses to buy, but even new constructions at the time were not built with adequate insulation. In the spring of 2009 we realized it wasn’t for us and came back.

Over the years, the couple went on vacation to Italy. Susanne loved the warm Mediterranean sun and found it increasingly difficult to return to Sweden and face the dark winter months. “I started to suffer from seasonal depression. I couldn’t bear the thought of the long winter and I couldn’t even enjoy autumn, which is fantastic in Sweden, with all its colors, because it reminded me that the winter was coming in. We have the potential of ice and snow almost six months out of the year, and I realized that if I stayed in Sweden, that’s half the rest of my life, I was going to be miserable.

The couple had returned to Ireland several times for weekends, and it was during one of those visits that Daniel suggested they try Ireland again.

“Irish winters are a mile shorter, and you have gorse blooms in winter and daffodils in February, with daylight,” says Susanne. “Every time we visited West Cork it felt like coming home so why didn’t we live there?”

“We moved to Ireland because of the weather here,” adds Daniel with a laugh. “We also realized that we had more friends in Ireland than in Sweden. We socialized more here.

If we went back to Sweden now, life would be very strange. This is where our friends and our social life are

The couple took their time moving and spent a year fitting out their home in Sweden before putting it on the market. They returned to Clonakilty in early 2019 and six months later bought a repairer on the Seven Heads Peninsula between Clonakilty and Courtmacsherry. They quickly returned to the Irish traditional music scene and began performing with sessions around the area. Unfortunately, these musical collaborations came to an abrupt end when Covid hit, in March 2020.

Susanne says she felt very lucky to be in Ireland during the pandemic, as it was “much safer than in Sweden”, where people “didn’t take the virus seriously”. At first she didn’t miss the trad sessions, but as the months passed and the pubs remained closed, she found the absence of music in her life difficult to deal with. “We invested our time in online music lessons and workshops, and I started to learn the guitar properly. We also started a Zoom session group every week.

The couple are now back with local musicians and say they are very happy with their decision to move to Ireland for a third time. Daniel runs his own technology consulting firm; Susanne moved away from medicine to work in graphic design.

“I enjoy life here more, and the opportunities to play music in West Cork are so much better than in Sweden,” says Daniel.

“I will never come back. I really think coming here was the right thing to do,” adds Susanne. “If we went back to Sweden now, life would be very strange. This is where our friends and our social life are.

We would like to hear from people who have moved to Ireland in the past 10 years. To get involved, send an e-mail [email protected] or tweet @newtotheparish