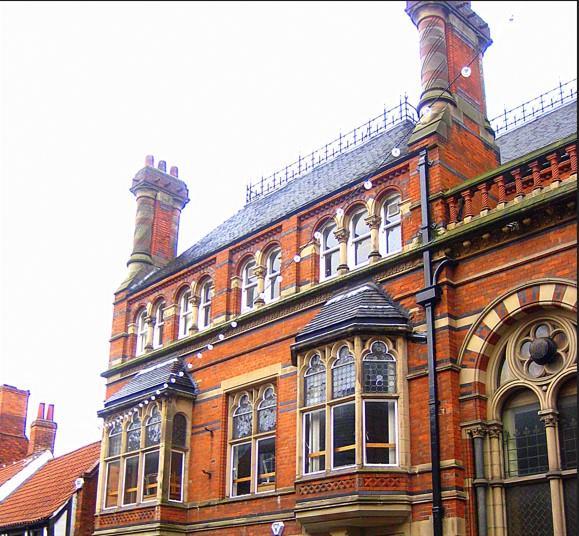 The very first class at the Newark School of Violin Making began in September 1972. I was one of twelve at the new school and we were a very diverse group of characters and ages. Jurgen Baranzek, a young German, and I were the youngest at only 16, and the oldest was a Mr. Nelson who was 60! I heard about the new course from an old family friend who was head of music at a school in the north of England. I suspect there weren’t too many applicants because, despite a rather lackluster interview, I was quickly accepted.

Maurice Bouette, the first director, was a truly wonderful and encouraging person full of enthusiasm – and especially since I was so young (by the way, I turned 16 two weeks after the start of the course), he was a very welcome father figure to me at the time. During the first year, Wilfred (Wilf) Saunders, the famous Nottingham maker famous for his violas, also supported Maurice on a part-time basis in teaching students. It was interesting to have these two teachers, who had such different styles and backgrounds, to learn from. In fact, Maurice was quite romantic and we were often allowed, in good weather, to sit in the cemetery to carve our scrolls!

The original violin-making school workshop was on the first floor of the old Mount School near the parish church – one room, if I remember correctly. Below us was the piano tuning class and across the courtyard on the ground floor was the wind instrument class run by Louis Rousseau. The constant background to our lives was the incessant tinkling of the ground floor. After the first year, the school moved to larger workshops in the same former Mount School above the timber yard, then later to the former bank at Kirk Gate where it stands today.

Memories of my time at school are a bit fuzzy, but in the beginning much of our time was spent making our own tools as well as learning about the world of violins. Many tools were not readily available at the time or were very expensive to buy, and in any case Maurice, being rather “old fashioned”, expected us all to be proficient in the manufacture of tools as well as in their use. The main college’s metalworking and carpentry shops were ideal places to make our tools, which included brass planes, closing pliers, various crevice pliers, knives (including tempering and tempering steel ), etc.

In the very beginning, we lacked so many things that would be taken for granted now – even proper benches or bench lamps. Some of us have been inspired to make our own Anglepoise lamps using old cans of baked beans! It wasn’t until the second year that we were assigned a dedicated vernissage room near the Mount School buildings. Our first experiments with dustless polish were conducted here, using a simple (but safe) alcohol polish with varying degrees of success.

Apart from the time spent in the workshop, we had to take other courses such as business studies, music history, metallurgy and carpentry. We were also encouraged to take musical instrument lessons since at the end a violin must be played.

If I remember correctly, from the second year the staff was joined by Glen Collins, nephew of William (Bill) Luff, the famous British manufacturer and restorer. Glen had a lot of experience in both new manufacturing and restoration learned from his uncle and we benefited immensely. Interestingly, Maurice was also taught by Bill Luff who had founded a long-running evening class which Maurice eventually took over himself. Maurice and Glen were a great double act!

When the very first violin was completed at school in 1973 by John Molineux, there was a great celebration with a concert in the parish church on February 27 at which the violin was played – actually by Guy Della Verde, one of the original twelve students. who had been a violin (and clarinet) teacher before coming to Newark.

Originally the course was only for two years, but we later realized that three would be better, so we all had the option of a third year. Ten of us left, and me and Peter Gibson (later to work many years for J&A Beare) stayed an additional year. We had a choice of making or repairing and we both chose repair – which served us well for our first jobs as restorers in London after leaving school.

During our ‘downtime’ luthiers tended to frequent the Wing Tavern, while piano tuners frequented the Queen’s Head in the Market Square. Many happy evenings spent at ‘The Wing’ have oiled the wheels of luthiers’ travels to Newark.

By the time I left, there had been two years of new students coming to the course and things were calming down well past the early “guinea pig” stage. We all owe a huge debt to Newark College and Maurice, Glen and Wilf for what they accomplished in setting the stage for all that followed. We must also say how much Charles Beare supported the school, and also WE Hill & Sons. During the time I was there, Charles Beare visited several times, and not a few Newark alumni ended up working at his store or at Hills.