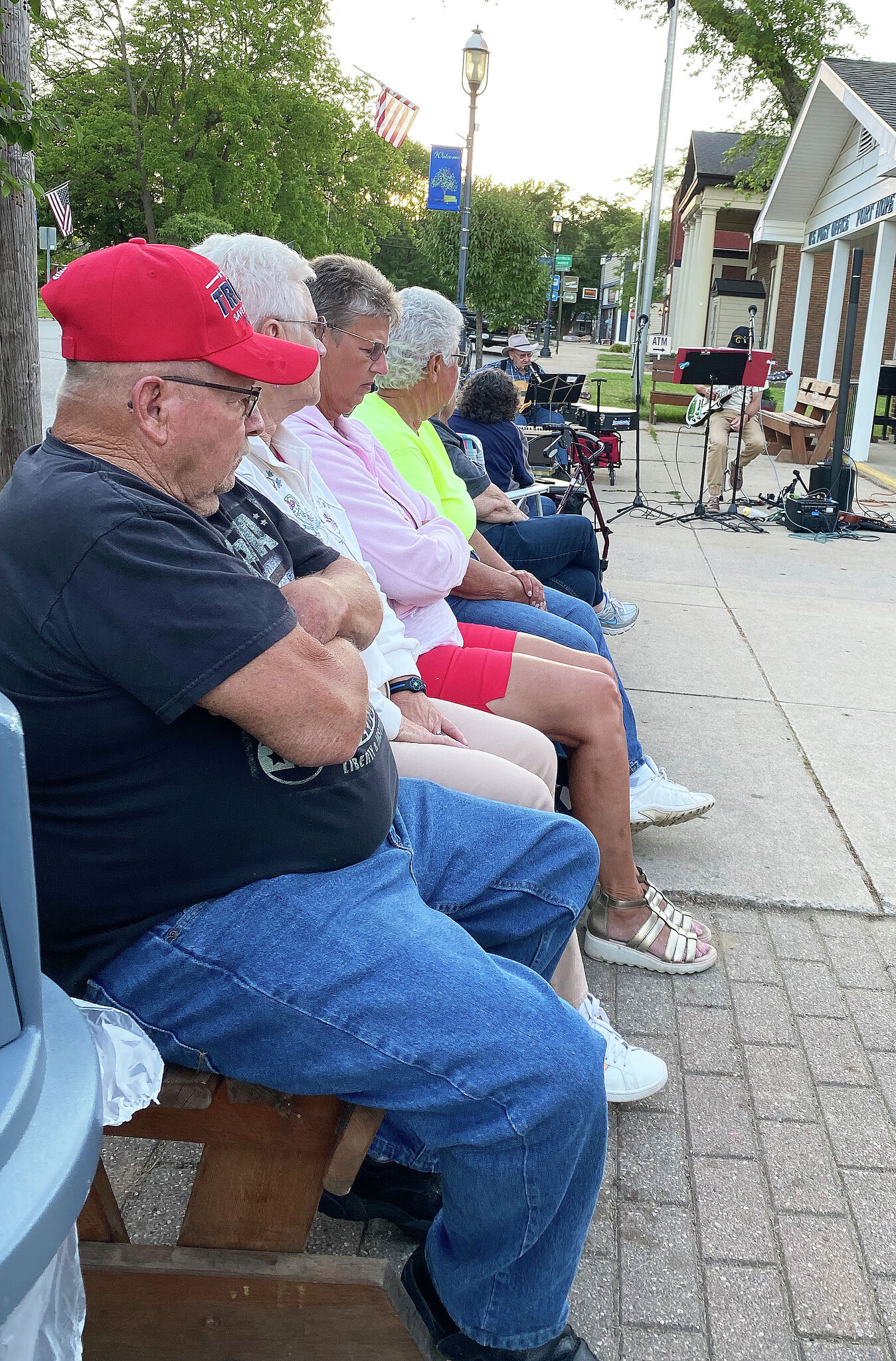 Larry Harwood is one of the regulars who sits on one of the benches outside The Chill Zone ice cream shop in Port Hope every Thursday night.

Harwood and others have spent every Thursday night for the past few weeks enjoying ice cream and live music during Open Mic Night, when everyone is invited to play an instrument and sing a song or two.

A retired truck driver and longtime resident of Port Hope, Harwood recalled how the building that now houses the cooling area once housed the barbershop where he had his hair cut as a child. The vacant building next door housed the telephone company, he said, and the buildings up the street were once a pool hall and store.

Harwood said her mother works cleaning one of the offices on that stretch of Main Street and her hairstylist likes to “take a pinch” behind her shop.

As the evening wore on, a steady stream of customers lined up outside The Chill Zone’s ordering window, and most stayed for a while to listen to the musicians play between the ice cream shop and the post office. .

One of those musicians was Cliff Stuehmer, who is the organizer of the open mic night. Stuehmer said his setlist can feature artists like Bruce Springsteen, Lady Gaga and Ed Sheeran. He plays electric and acoustic guitar and ukulele and is sometimes accompanied by his wife, Rosemary.

Stuehmer said he had been at an open-mic night for nine years. He and his wife moved to northeast Huron County about 11 years after retiring from Ford Motor Co. as a powertrain engineer. He was one of many young Americans inspired by the British invasion in the early 1960s. His musical tastes are varied and he doesn’t like to limit himself to one era.

“When the Beatles came to town, everyone had a band, and so did I,” Stuehmer said.

Thursday night, Stuehmer was one of four musicians who performed. “Ron, Larry and Greg” rounded out the lineup, Stuehmer friends said he performed at open-mic nights.

Kayla Lloyd, owner of The Chill Zone, bought the ice cream shop in 2018 after working for previous owner Gene Schuett, who was looking to sell his business at the time.

“It was the perfect time for me to buy it,” Lloyd said.

Lloyd said business has been great so far this summer and Thursday night music is a highlight of the week, with people cheering and dancing on the sidewalk.

“It’s a great opportunity to bring the community together for a fun night,” she said. “They’re having a good old time.”

The Chill Zone is open Monday through Friday from 4 p.m. to 9 p.m. and Saturday and Sunday from 12 p.m. to 9 p.m. until Labor Day, then weekends until the end of September.