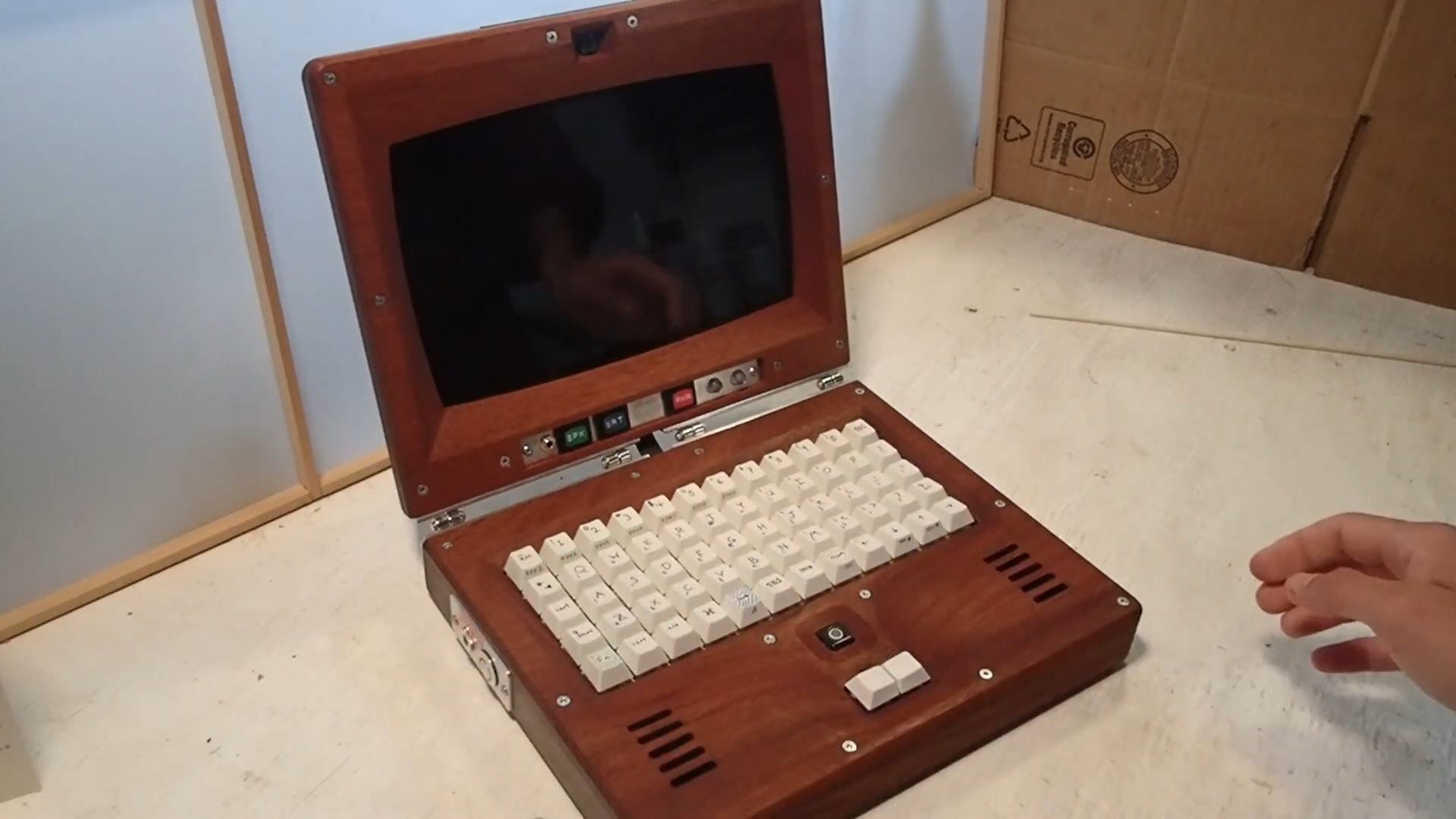 The Compu-tor, designed by [Henry Edwards], is one of those things that doesn’t fit into any category. It’s a clamshell laptop, although unlike most laptops, it doesn’t come with a built-in battery. It has a sleek, custom-designed case, but lacks the typical futuristic sci-fi look of a cyberdeck. The keyboard can be used as an input device, but can also transform into a musical instrument.

In short, it’s a bit of all of these things, but the most striking part is the beautifully machined mahogany case. The two halves are joined by two sturdy friction hinges and a silicone ribbon cable: the lower half contains the keyboard, speakers, USB ports and power connections, while the upper half contains a Raspberry Pi and a 10″ touch screen. The display frame has that curved shape typical of CRT monitors, fitting perfectly with the 1970s vibe given off by the dark wood.

Another retro touch is found in the connections between the various circuit boards and the front panel switches: [Henry] used wire-wrapping, something we haven’t seen in a while. The keyboard is a simple grid of identical keys with handwritten labels. Other labels, like the one for the power connector, are made from traditional embossing tape.

The Compu-tor runs Debian and seems quite usable as a compact laptop. It even comes with USB ports for plugging in external devices, and with a simple 12V input, finding an external power source shouldn’t be difficult. Wood seems to be a popular material for building Raspberry Pi-based laptops: we’ve seen them housed in everything from wooden cigar boxes to laser-cut plywood, and even incredibly tiny boxes.

Disney’s Frozen – The Musical in Houston