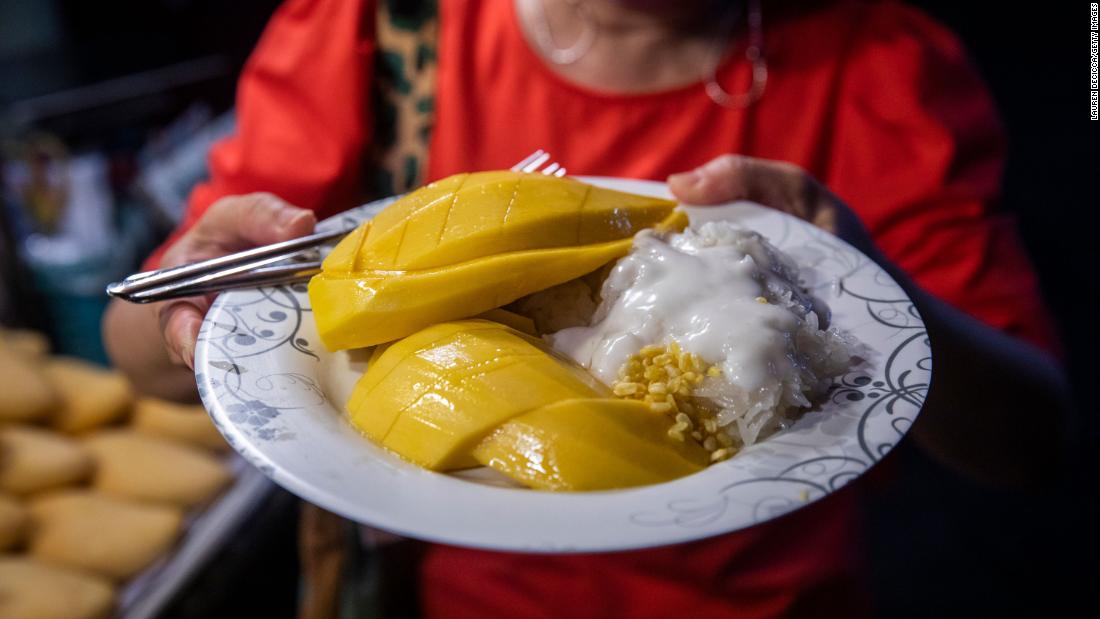 Bangkok (Reuters) — Thai rapper Milli’s fans have been craving mango sticky rice in Bangkok this week after the 19-year-old ate bites of the much-loved dessert on stage at the Coachella music festival in the US.

Sales in Thailand jumped after Milli brought a bowl of the popular dessert on stage and took a few bites as she performed a song called “Mango Sticky Rice” last weekend.

Thais eat the dessert, consisting of sweet sticky rice soaked in coconut milk, served with ripe mango, to cool off during the unusually humid months of March and April.

Delivery bikers line up at a mango sticky rice shop in Bangkok on April 21, 2022.

In the capital Bangkok, dozens of delivery couriers were seen queuing outside a well-known vendor called Mae Varee to fulfill booming online orders.

“We had to close the apps in order to catch up with the orders before resuming them. We turned it on and off, on and off throughout the day,” said Thanyarat Suntiparadorn, 29, owner of Mae Varee. Reuters.

Thanyarat said that even though the mangoes are already in season, Milli’s performance has helped boost sales by more than 100%.

Shoppers also flocked to Bangkok’s Chinatown, where vendors had to double their mango stocks to meet demand.

“I normally like to eat mango sticky rice but… after seeing Milli on stage, I now eat it almost every day,” said Suphakomkao Klaypongpan, a 29-year-old customer.

The Community Power of Music Can Save the Planet: Dr. Lucy Jones