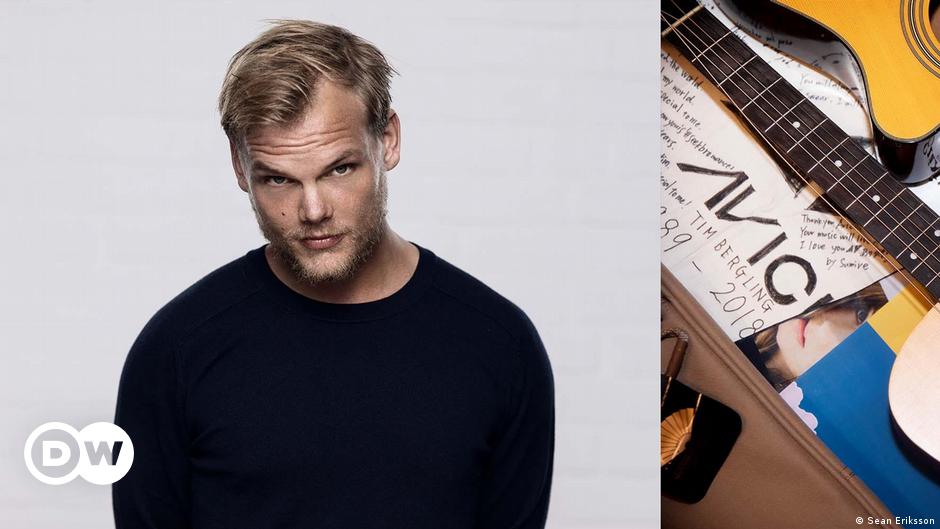 Four years ago, the dance music scene lost one of its greatest DJs: Avicii died suddenly in 2018 at just 28 years old. He had committed suicide while on vacation in Oman.

News of the untimely death of Swedish star DJ, real name Tim Bergling, has rocked the music world. His legacy, however, continues to reverberate to this day.

From February 26, the interactive museum “Avicii Experience” in Stockholm will offer insight into his life and artistic work. Visitors can not only see his photos, videos and personal belongings, but also listen to unreleased music from the star DJ and relive intimate moments of his life. His childhood bedroom, for example, where he started making music as a teenager, has been faithfully recreated.

In an interview with DW, Per Sundin, co-founder of “Avicii Experience”, emphasizes the interactivity of the exhibition. “You can walk into the studio where he recorded all of his great songs and into his house in Los Angeles with virtual reality glasses.”

In the virtual studio, for example, visitors can even record a version of the song “Wake Me Up”. “There are also videos and interviews with Tim. We have some demo songs and you can hear how they sounded before the producers finished them,” Sundin added.

Although four years have passed since his passing, Avicii’s musical legacy is still felt today. His fans celebrate the discography he left behind and his influence remains strong in the music industry as well.

In fact, in 2019, just over a year after his death, Avicii’s third studio album “TIM” was released posthumously. Its twelve tracks were completed and recorded using notes and messages from the DJ.

The studio album “TIM” was released posthumously in 2019

Shortly after, video game developers Hello There Games, in collaboration with Avicii’s father, Klas Bergling, immortalized the DJ’s exceptional vision to experiment with his music in a new game called “AVICII Invector”.

A previous version already existed during Avicii’s lifetime – and game makers were inspired by it. With “Encore Edition” of the game, a sequel hit the market in January 2022 that made fans’ hearts beat faster. In it, players can immerse themselves in the Swedish DJ’s world and navigate through various music tracks from Avicii – with the task of hitting the “musical beat”.

Many other projects pay posthumous tribute to this electronic dance music or EDM DJ: a wax figure at Madame Tussauds in New York, a biography released in 2021, and in Stockholm itself a well-known event hall has been renamed Avicii Arena. There are also plans to erect a statue in his honor in Östermalm, the district of Stockholm where the DJ grew up. Yet what made it so popular?

Avicii had long demonstrated through his music that the opinions of others had no impact on his creativity.

This was evident in 2013 during the Ultra Music Festival, for example, says Avicii biographer Mans Mosesson in an interview with DW. The 23-year-old performed several tracks from his debut album “True” in Miami. Among them was one of the biggest hits of his career – “Wake Me Up” – a mix of electronic dance music (EDM), soul and country music beats, also known as folktronica.

“When he first performed his song ‘Wake Me Up’ in Miami in 2013, people were surprised,” Mosesson recalled. “The crowd thought he would just play a normal set – maybe with a few new tracks. But he was playing with a full live band, complete with acoustic guitars, fiddles and banjos.”

It was too much for the audience, who were just expecting normal house music from the DJ booth, the biographer continued. “People were confused by this, even angry. Many started tweeting: ‘What kind of shit is this?’ To their ears, the music sounded strange at the time, even though Avicii played many tunes at the concert that later became legendary.”

When the album was released in September of the same year, people reacted differently. “Wake Me Up” has topped the charts in over 60 countries. In six months, “Avicii has gone from being booed to becoming a global pop star, which is crazy,” says Mans Mosesson. “And that’s what makes him so special. He was really at the forefront of house music, something that went from the club scene to something that was played on radio stations around the world. whole.”

Create waves long after his death

His discography contains tenacious earworms: “Wake Me Up”, “Hey Brother”, “Waiting For Love” or “The Nights” are hard hits to forget once you’ve heard them. “Wake Me Up” remains one of the most streamed songs of all time on Spotify.

There have been frequent speculations about Avicii’s unreleased music. Per Sundin, who has worked closely with Avicii for a long time, says that on Avicii’s private laptop there are “over 100 song drafts, demos, ideas and half-finished songs. All of this, unfortunately, will not be heard in the ‘ The Avicii Experience exhibition.’

His creative collaborators, like Aloe Blacc, are pushing for more Avicii work to see the light of day. Fans can expect that to come true. A Swedish national television-commissioned documentary on Avicii is due out in 2023, with never-before-seen material. So it’s highly likely that we’ll hear more about Avicii’s legacy in the years to come.

After Avicii’s tragic death due to ongoing mental health issues, her family acted quickly. They sought to speak to artists in need and continue to offer assistance today through the Tim Bergling Foundation.

In a 2019 interview with CNN, Avicii’s father, Klas Bergling, commented on his son’s death, saying a grueling and grueling touring schedule was one of the reasons for his deteriorating mental health which ultimately led to his suicide. “Our theory is that he didn’t plan the suicide. It looked more like a traffic accident,” Klas Bergling said.

Klas Bergling, who founded the Tim Bergling Foundation in 2019, was also instrumental in creating the “Avicii Experience” exhibition.

While on tour, Avicii could not have received adequate care due to a lack of resources to adequately address these issues.

That’s why his family started the Tim Bergling Foundation, which has made it its mission to help at least other artists recognize the early signs of deteriorating mental health so they can seek treatment.

Commemoration of a national idol

Sundin added that at the end of the exhibition there is a kind of church where visitors can “sit and think about what you have seen in the exhibition”. Next, he said, is a wall, a prop from the Tim Bergling Foundation, with information about organizations that can help with mental health issues.

Avicii’s father, Klas, helped conceptualize the exhibit. “We discussed everything with him,” says Sundin. “Today, just before lunch, we gave a special visit to the whole family. They were very touched, but also happy, and said to me: ‘It was Tim’. They had tears of joy and sadness in the eyes.”

The exhibition is also a way of coping with mourning — for a father and for an entire nation. Because in Sweden today, Avicii “is really considered one of the greats now – just like ABBA or Roxette”, underlines Mans Mosesson.

This article was originally written in German.