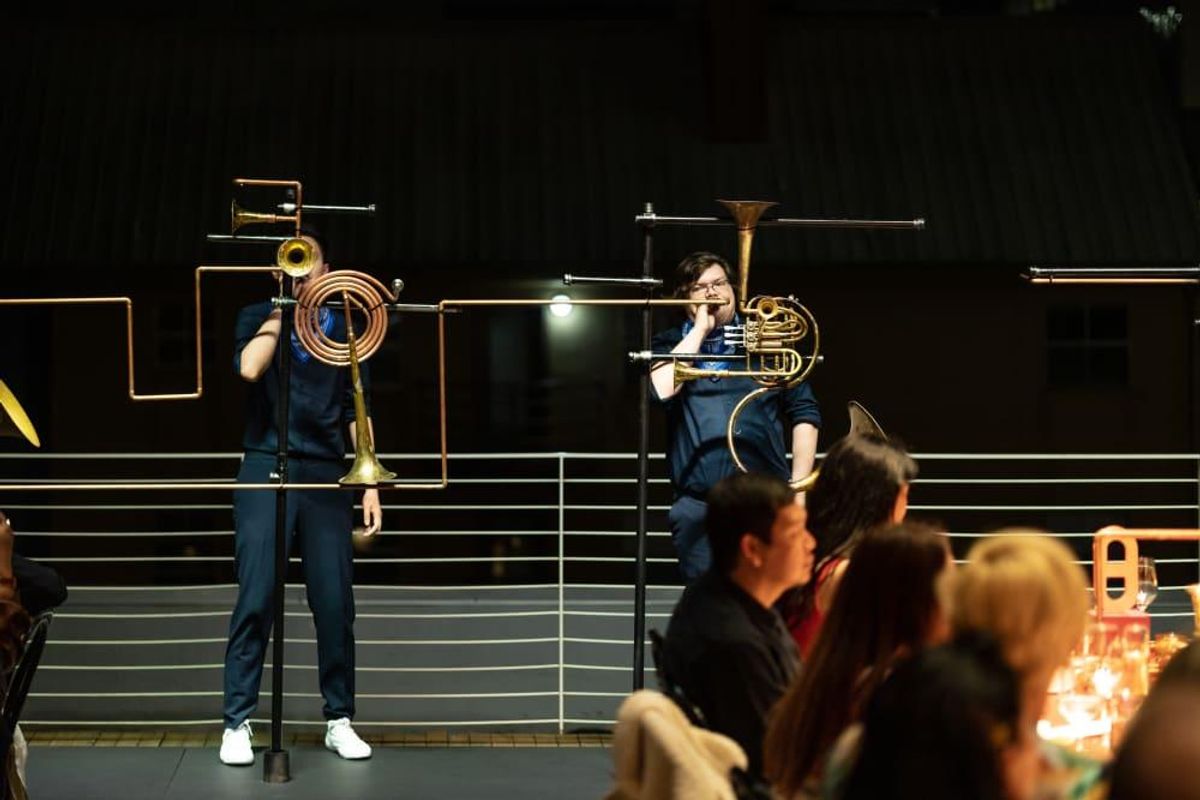 At the inauguration of Hermès on Friday, April 28, the excitement – and the occasional French accent — was noticeable as a number of Austinites got a glimpse of the swanky new space.

Since 1837, the family business Hermès has been synonymous with French craftsmanship and luxury. Think of the coveted and hard-to-obtain Birkin and Kelly bags, which can cost between $12,000 and $2 million, as well as the iconic leather belts with a golden H clasp or Queen Elizabeth’s favorite silk scarves, one of many iconic women known for sports. a Hermes scarf.

Hermès says they chose Austin as the location because they were drawn to the city’s creativity, culture and individuality, and the store is an expression of the Parisian house’s heritage fused with the music scene. hallmark of Austin and the spirit of the American Southwest. The store’s design seeks to balance both classic and contemporary, “an idiosyncratic blend of the Texas desert landscape and Austin’s urban street vocabulary of skate and music culture…defined by minimalist elements and natural,” according to the official description.

The architectural core of the two-story boutique, designed by Parisian architecture firm RDAI, is a warm gray terrazzo ramp with amber accents, inspired by skate parks. A ramp connects the perfumery, beauty, jewelry and watch collections on the first floor to the upper level which houses the collections for the home, ready-to-wear, accessories and the shoe salon. Throughout the store, the naturalistic textures of the raffia walls and oak panels complement the graphic design of the dune-coloured rugs.

Among the works selected for the boutique are two pieces from the Hermès collection of contemporary photographs by American artist Terri Weifenbach and reproductions of the Steppe Appaloosa scarf by Alice Shirley. Hermès invited Austin artist Sophie Roach to create a cheerful and colorful design of geometric shapes that enliven the window display.

The boutique officially opened to the public on Saturday, April 30, but the preview party offered a preview and intimate celebratory dinner at Brazos Hall. One hundred and seventy guests gathered on the rooftop for a three-course meal accompanied by a white Sancerre, a red Haute Côtes de Beaune and, yes, more champagne, punctuated by haunting trombone pieces composed and conducted by Steve Parker at the head of the University of Texas. Trombone Choir.

To commemorate the brand’s expansion to Austin, Hermes USA CEO Robert Chavez, a native of Texas, and Florian Craen, executive vice president of sales and distribution, based in Paris, gave speeches and champagne toast. The evening was as close to a French evening as you can get in Austin, and a reminder of why we love French elegance and style.

Remember when Eric Church bought $50,000 worth of guitars from a local North Carolina…