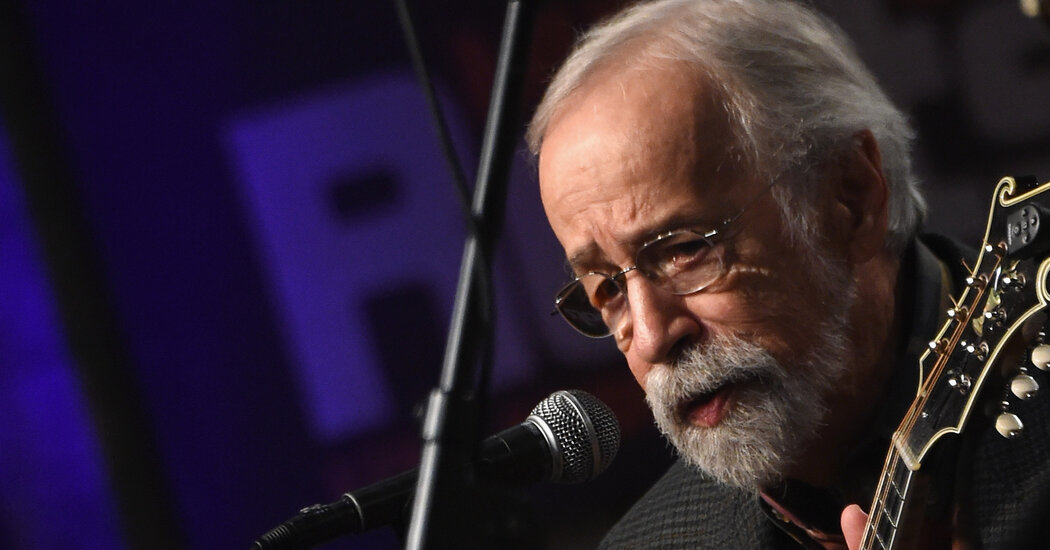 Roland White, a creator of bluegrass and country rock, dies at 83

Around this time a quintet, the band appeared on the sitcom “The Andy Griffith Show” shortly before Mr. White was drafted into the United States Army in 1961. They recorded their first album, “The New Sound of Bluegrass America” ​​in 1962, at which time they changed their name to the Kentucky Colonels at the suggestion of guitarist Merle Travis. (Mr. White was still stationed in Germany at the time; his brother Eric had previously left the band to get married.)

After the death of his brother Clarence in 1973, Mr. White joined the Country Gazette, an omnivorous bluegrass musical group based in Los Angeles that also included Mr. Pedersen, violinist Byron Berline and banjoist Alan Munde. Mr. White toured and recorded with the group while releasing an acclaimed solo album, “I Wasn’t Born to Rock’n Roll”, in 1976.

He left the Country Gazette in 1987 to join the Nashville Bluegrass Band, with whom he recorded Grammy-winning albums in 1993 and 1995. In 2000, he formed the Roland White Band; the band’s debut album, “Jelly on My Tofu,” was nominated for a Grammy.

A prolific mandolin teacher, Mr. White published numerous books and instructional videos with Ms. Bouska, who, in addition to singing and playing guitar in the Roland White Band, was co-producer of their records.

Mr. White was inducted into the International Bluegrass Music Association Hall of Fame in 2018.

Besides Mrs. Bouska, he is survived by a daughter, Roline Hodge, and a son, Lawrence LeBlanc, both from a previous marriage; two grandchildren; a great-grandchild; and a sister, Rose Marie Johnson.

As influential as the album “Appalachian Swing!” proved to have an equal impact on the West Coast folk scene of the 1960s, the club dates Mr. White and the Kentucky Colonels played at the Ash Grove in Los Angeles.