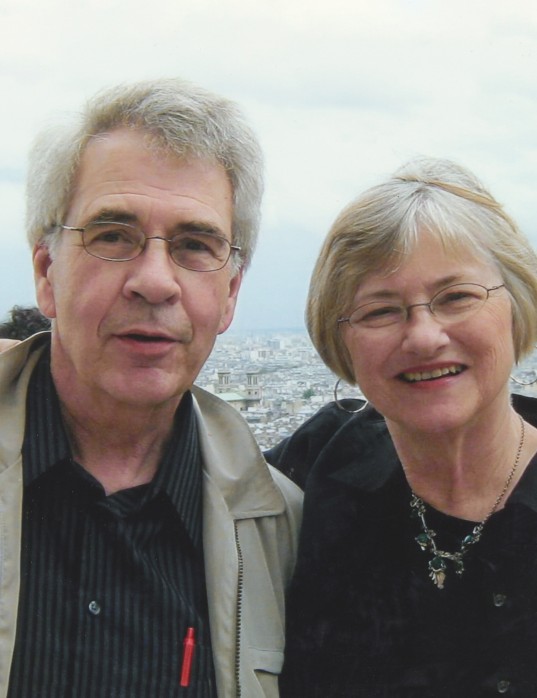 He was born on July 17, 1938 in St. Paul, MN, the son of Edward “Irv” Irving Whyatt and Ethelwyn “Billie” Mary Virginia Dumas. Nelson began camping and canoeing in Minnesota’s North Woods as a child and developed a lifelong love of nature at an early age. He graduated from the Blake School in Hopkins, MN as valedictorian of the class of 1956. Nelson went on to study biology at Harvard University in Cambridge, MA. After graduating in 1960, he continued his studies in biology as a graduate student at the University of Minnesota, Twin Cities. The following year, while leading a course in frog dissection, Nelson met Christine Ann Anderson. Christine was a music student, studying organ and violin, and they were brought together by a deep passion for music. Nelson and Christine began dating and they were married on June 25, 1966, at Hamline (United Methodist) Church in St. Paul. In the meantime, Nelson changed his curriculum to American history, earning a doctorate. in 1967.

He then taught American history at Minnesota State College (which eventually became Moorhead State University and is now Minnesota State University Moorhead) from 1967 to 1980, where he made many dear friends. Christine began working as a fiddle and fiddle teacher, and Nelson and Christine founded an Irish ceili band, with Nelson playing the accordion and Christine playing the fiddle. In 1972 their son, Daniel, was born, and in 1973-74 the young family spent a memorable gap year in Amsterdam, Holland, and Cambridge, England. In 1980, during Nelson’s second sabbatical, he moved with his family to Massachusetts, settling in North Boston, Beverly and Marblehead.

At this time, Nelson was considering leaving academia, and after a period of odd jobs, he enrolled in night school to take computer classes. He worked extremely hard to break into this new field and began his new career working at the small startup, Legal Support Systems, in 1982, before moving to Compugraphic a year later. In 1984, Nelson accepted a position with the Houghton Mifflin publishing house, which was developing one of the first automatic grammar checkers. He was delighted to be part of this extremely challenging work, which was a unique collaboration between computer programmers and linguists. At that time, the family was living in Wenham, MA, and Nelson was taking the train to work in his office in downtown Boston. He and his family traveled throughout New England during those years and had many wonderful visits with Nelson’s brother, Tom, and his family in Garrison, New York. Nelson and his family attended the Northshore Unitarian Universalist Church in Danvers throughout their years in Massachusetts, and Nelson and Christine were active in all kinds of music, frequently performing for dances.

In 1988, the family moved back to St. Paul, MN, where Nelson continued his career in computer programming. His great love for folk and traditional music also led him in new directions. Nelson added a number of delicate Balkan tunes to his accordion repertoire, played in a traditional Javanese Gamelan orchestra and learned to play the Nickleharpa, a keyed Swedish fiddle. He also resumed playing bagpipes in the Brian Boru Irish Pipe Band, which he had first joined in the early 1960s. Additionally, Nelson and Christine began playing a lot of traditional Swedish music together. They even went to Sweden several times, where Nelson helped Christine lead groups of Christine’s young violin students to participate in traditional music festivals.

After Nelson retired, he and Christine decided to retire to a small community and moved to Door County, WI in 2008. They first lived in Sister Bay before buying a house in Sturgeon Bay. Both Nelson and Christine continued to be active in the arts and played music with various bands, including “Sugar on the Floor”, and at jam sessions and dances throughout Door County.

After nearly 50 years of a wonderful and loving marriage, Christine passed away from cancer on July 5, 2015. Nelson was heartbroken when he lost his soul mate and, in the last years of his life, struggled with depression. Despite the many challenges of this time, he still found solace in reading and learning. Nelson always had a great love for languages ​​and in his later years he studied Spanish and French daily, while going through many books on history and biology. As his health began to decline, Nelson moved into the Pine Crest Village (residential care apartment complex) in Sturgeon Bay.

His warm sense of humor, vast knowledge and music will be missed by his son, Daniel (Diana Arroyo) Whyatt, and granddaughter, Jimena Toro, all of Barranquilla, Colombia; brother, Thomas (Robin) Whyatt of Charlo, MT; siblings, Robert (Sidney) Anderson of Boulder, CO and Phoenix, AZ, Joyce Schlafge of Edina, MN, and Rick Anderson of Brainerd, MN; as well as nephews and nieces; and other relatives.

Nelson was predeceased by his parents; women; and brother-in-law, William Schlafge.

No public service will take place. Nelson will be interred in Door County, WI with private incarceration.

Memorials may be donated in his honor for the Door County Land Trust (PO Box 65, Sturgeon Bay, WI 54235 or www.doorcountylandtrust.org).

Huehns Funeral Home, Inc. and Door County Crematory LLC in Sturgeon Bay are helping the Whyatt family. Expressions of sympathy, memories and photos of Nelson may be shared with his family through his tribute page at www.huehnsfuneralhome.com.