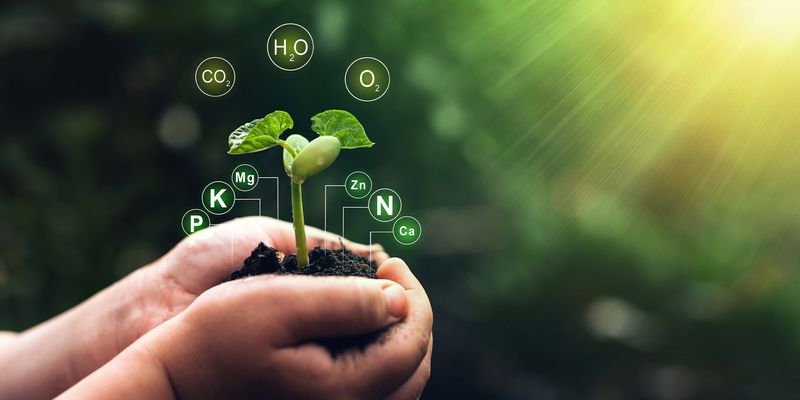 A collaborative research group discovered the protein that inhibits the formation of organic nitrogen compounds in plants. This protein, if manipulated, could potentially be used to encourage plant growth, improve biomass production and harvests.

Nitrogen is one of the building blocks of life. Humans need nitrogen to make amino acids, proteins and nucleic acids essential for growth, hormones, brain function, the immune system, DNA and RNA. Humans, unlike plants, cannot synthesize organic nitrogen molecules. Instead, we rely on plants for our nitrogen supply.

Plants use nitrate or ammonium in the environment to synthesize organic nitrogen molecules in a process called nitrogen assimilation. Agricultural production relies on nitrogen fertilizers to improve the efficiency of nitrogen uptake in crops. Yet the regulatory mechanisms behind nitrogen assimilation have continued to elude scientists.

Several proteins mediate nitrogen assimilation. The expression of these proteins is high when the surrounding soil and water contain low amounts of ammonium and nitrate ions, suggesting the existence of a negative regulator dependent on these factors.

Previous research by the group has reported that the MYB1 protein plays a crucial role in inducing the expression of genes necessary for nitrogen assimilation, and is inhibited in nitrogen-rich environments. Current findings revealed that the new protein NDB1 inactivated MYB1. NDB1 traps MYB1 in the cytoplasm and prevents it from functioning as a transcription factor.

“The NDB1-MYB1 pathway is a key factor in regulating nitrogen assimilation,” says Kazuhiko Igarashi, professor in the Department of Biochemistry at Tohoku University Graduate School of Medicine and co-author of the paper. article by Baifeng Zhou of the Institute of Innovative Research at Tokyo Institute of Technology. “Our discovery is a breakthrough in the field of plant science.”

The collaborative team led by Sousuke Imamura from the Tokyo Institute of Technology’s Institute for Innovative Research also found that removing the NDB1 The gene allowed the red alga to maintain expression of the MYB1-dependent nitrate assimilation gene even under nitrogen-rich conditions, indicating that manipulation NDB1 can stimulate plant growth.

– This press release was originally posted on the Tohoku University website