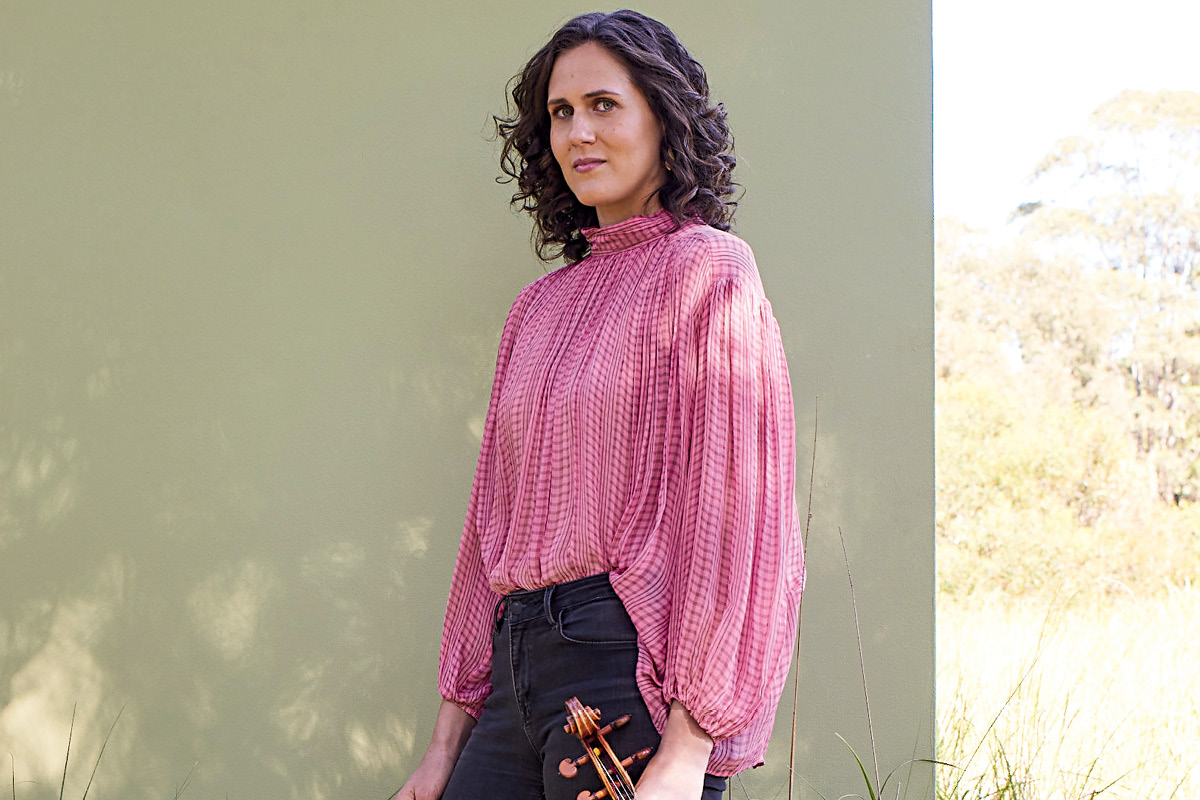 When Frank Bridge took on 14-year-old Benjamin Britten as a pupil, the budding composer was already producing some impressive works, including an Elegy for Strings – he stipulated 68 to be precise. It was never performed during his lifetime and only received its premiere in 2013 at the London Proms as part of his centenary.

Richard Tognetti and the Australian Chamber Orchestra’s 17 Strings gave it its first outing to Australian audiences at the start of their latest tour, and we’ve already got a glimpse of big things to come amongst the lush Elgarian layering. Restless and urgent rather than elegiac, it has some interesting twists – a little fugue here, a pastoral episode there – and made an excellent opening for this program of a teenage work and a mature work by Britten and his big hero Mozart.

The main work of the evening was Mozart’s Sinfonia Concertante, which featured new ACO member Viola Stéphanie Farrands. The 33-year-old, who joined the Emerging Artists Scheme aged 19, was appointed in 2020 after her tenure as principal of the Tasmanian Symphony Orchestra.

It was a top drawer performance, with the two soloists combining seamlessly throughout all three movements. The cadenzas of the first and second movements were a highlight and in the first movement Tognetti and the ACO in this string arrangement brought out the textures and colors of Mozart’s score – the pizzicatos, the cellos in harmony taking the parts of horn, all giving a different dimension look that you don’t normally get from the full orchestral version.

The intertwining solos of Tognetti and Farrands were so impressive that the audience burst into spontaneous applause at the end of the first movement.

The two instruments – Tognetti’s 1743 Guarneri and Farrand’s 2016 Berlin viola – were also paired and married in the moving andante, Mozart’s lament for his recently deceased mother.

Mozart was only a year older than the youthful Britten when he wrote the Divertimento in D major, and this work is firmly embedded in my childhood musical DNA because it was the first Mozart I known – even before the ubiquitous Eine Kleine Nachtmusik – from a low-budget LP my dad bought.

The sound quality emitted from the ACO, however, was far superior, I’m happy to say.

Ten years after starting lessons with Bridge, Britten showed her debt and gratitude with her Variations on a Theme by Frank Bridge – 11 short pieces that lovingly depict the qualities of his teacher and friend.

Tognetti and his band gave a haunting performance of these cameos – the Adagio with its anguished violins swaying on sinister chords suspended in the lower strings, the trampling Classic Boureethe slightly maniac Viennese Waltz and the superbly executed perpetual motorcycle.

No wonder the older composer was so moved by his protege’s wonderful tribute.

And in a concert that celebrated the oft-maligned viola and its manifest glories, it is worth remembering Bridge’s touching gesture when he said goodbye to the pacifist Britten, who had gone to America to await the end of the war. He offered his old pupil his precious instrument as a parting gift.

The Australian Chamber Orchestra is running its Mozart Sinfonia Concertante program until May 23. Tour information here.