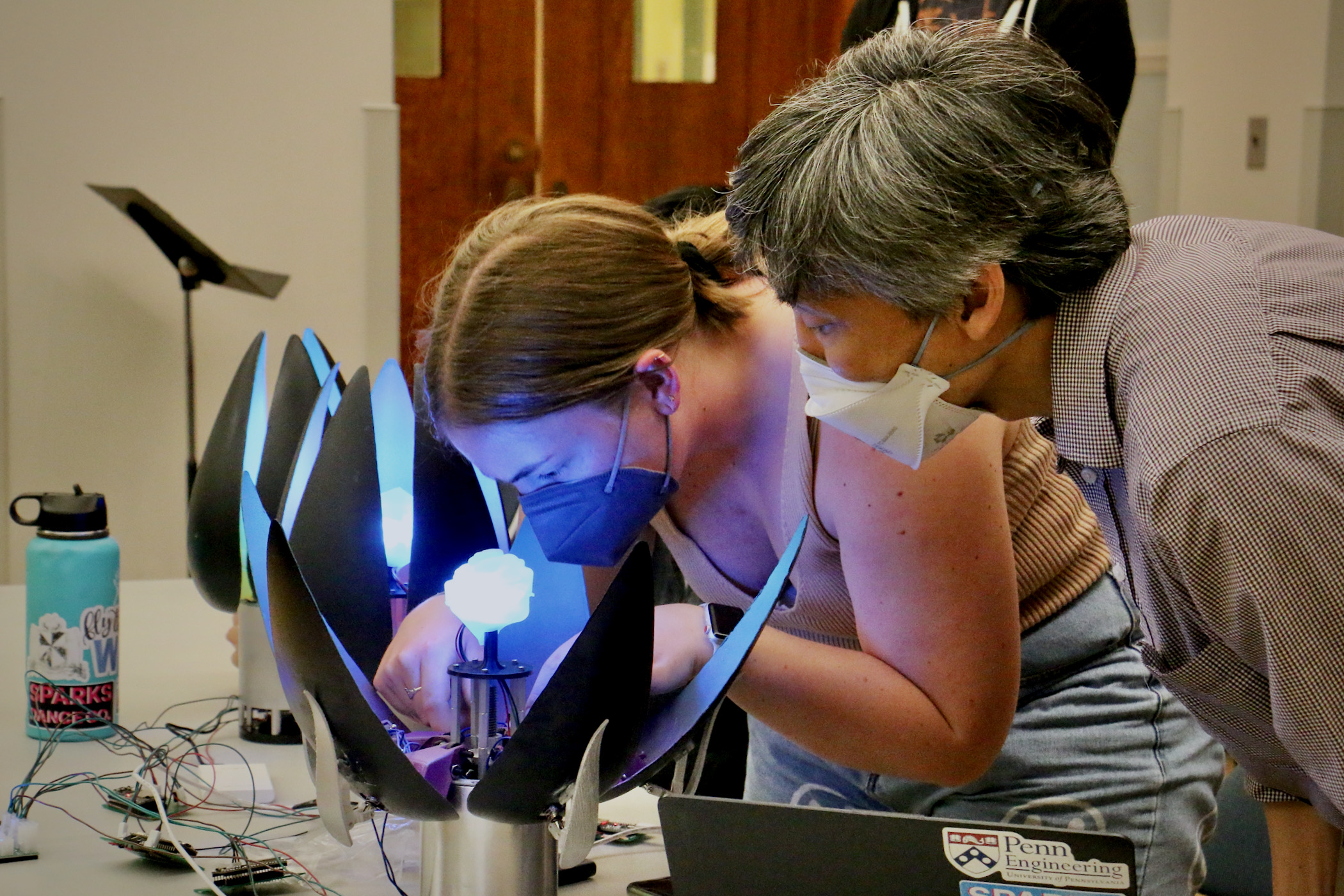 The “binary” in the title refers to a common narrative trope commonly attributed to robots: that they are either submissive to humans or bent on destroying them. This dichotomy was exposed in this early robot story by Čapek, in which a population of artificial people are at first happy – even delighted – to be occupied with menial work, but eventually rise up and kill their creators.

Of course, in 1921, Čapek did not invent the idea of ​​artificial humans, a concept that dates back to ancient Greek, Jewish and Norse mythologies. What the playwright did in 1921 was give them hard labor, naming them after the Slavic word robota, or forced labor.

“We originally thought that this play would start where the play ends,” Clearfield said, referring to RUR’s final act when the robots destroy all of humanity and set out to create a new population of humans. artificial beings. “Then we decided that it might be interesting to have these different paintings based on the themes discussed in the play.”

These century-old themes have not entirely disappeared. Mark Yim, professor of mechanical engineering at Penn and director of the GRASP lab, said one of the problems scientists and engineers are currently facing is the same central tenet of RUR: robots that kill.

“One of the big things the robotics community is struggling with is what we call lethal autonomous weapons systems (LAWS),” Yim said. “It’s something that’s really difficult now with Ukraine and the war going on. There are semi-autonomous drones. They use robotic technology and it helps to defend Ukraine. Maybe defense is a good thing, but at the same time all of war is really bad. Killing people is wrong.

The GRASP laboratory mainly works on interdisciplinary projects with other fields, developing autonomous technologies for architecture, design and medicine. Yim finds it valuable that her students also work in the arts, to develop creative thinking in addition to technical problem solving.

The self-driving technology that Yim and his team of Penn students are developing for “Beyond the Binary” is unlikely to kill anyone. Sunday’s performance will feature mechanical flowers that respond autonomously to certain musical cues, opening their petals and glowing when triggered by specific sounds.

Select Fillmore audience members will receive built-in handheld pods with colored LED lights, which they can turn on at will like an electronic version of a Bic lighter.