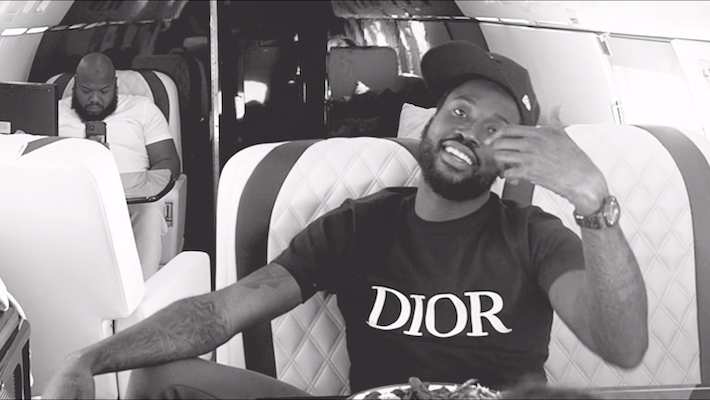 Meek Mill’s new album Expensive pain is out now and today it followed its release with a clip for the reflective title song.

The video brings together snippets of Meek’s lavish life, from driving private jets and relaxing at luxury resorts, playing chess with friends and shopping for new Richard Mille watches. The interludes scattered throughout the video use clips from Meek’s fight rap DVD days to contrast his gritty comeup with his glitzy flow.

Meek’s album, which features appearances by A $ AP Ferg, Brent Faiyaz, British rapper Giggs, Kehlani, Lil Baby & Lil Durk, Lil Uzi Vert, Moneybagg Yo, Vory and Young Thug, finds Meek exploring new territories and stretching his creative faculties, whether it’s finding new styles of rhythms to rap on or trying out Autotuned crooning. After releasing the album with new videos for â€œOn My Soulâ€ and â€œIntro (Hate On Me),â€ Meek received high praise from his frequent collaborator Drake, who expressed his pride in his colleague.

Expensive pain is now available through Atlantic Records and Maybach Music Group. You can broadcast it here.