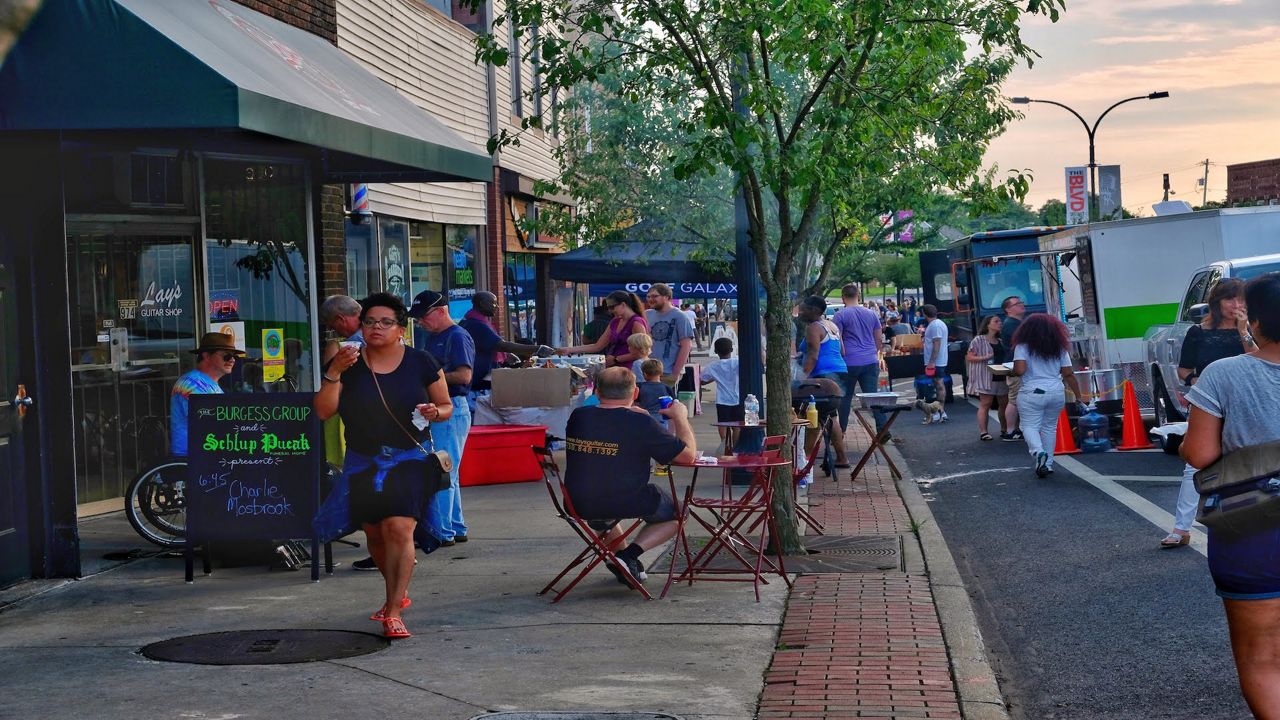 AKRON, Ohio — The Kenmore Neighborhood Alliance will launch one of its most anticipated economic engines when the First Friday free summer music series returns to Akron’s Kenmore neighborhood in June, KNA said in a statement.

What do you want to know

Now in her 5e year, First Friday will run from 6 p.m. to 9 p.m. on the first Friday of every month from June 3 through September 2 on historic Kenmore Boulevard, KNA said.

Every First Friday will feature a beer garden, where attendees can sample locally made beer from a rotating list of breweries, including HiHo Brewing Company, Lock 15 Brewing Company and Thirsty Dog Brewing Co.

First Fridays grew out of the Akron neighborhood’s Better Block event, which was designed to showcase what’s great about the Kenmore community.

“Since then, we’ve added over $1.5 million in new investment, a historic district and 12 new businesses along Kenmore Boulevard, many of which support our budding music economy,” she said. “And the growth can be attributed, in part, to events like Kenmore First Friday.”

With five recording studios specializing in hip-hop singer-songwriters, a historic guitar repair shop, an instrument store and a concert hall with multiple stages, the music industry has roots deep in Kenmore, she said.

This year, First Friday events will offer better-known bands and a second stage, as well as new partnerships to encourage residents to return, she said.

Kenmore’s First Glance youth hip-hop program will also perform, KNA said. First Glance is a Kenmore-based nonprofit that provides local children and young adults with a variety of activities to help them reach their potential, the agency said.

First Friday attendees can also browse Oddmall’s ‘Great Grassman Gathering’, which will feature dozens of vendors selling art, games, toys, comics, collectibles and everything in between. is quirky, geeky and imaginative, KNA said. Oddmall is the first in a series of partners that must appear at every First Friday event.