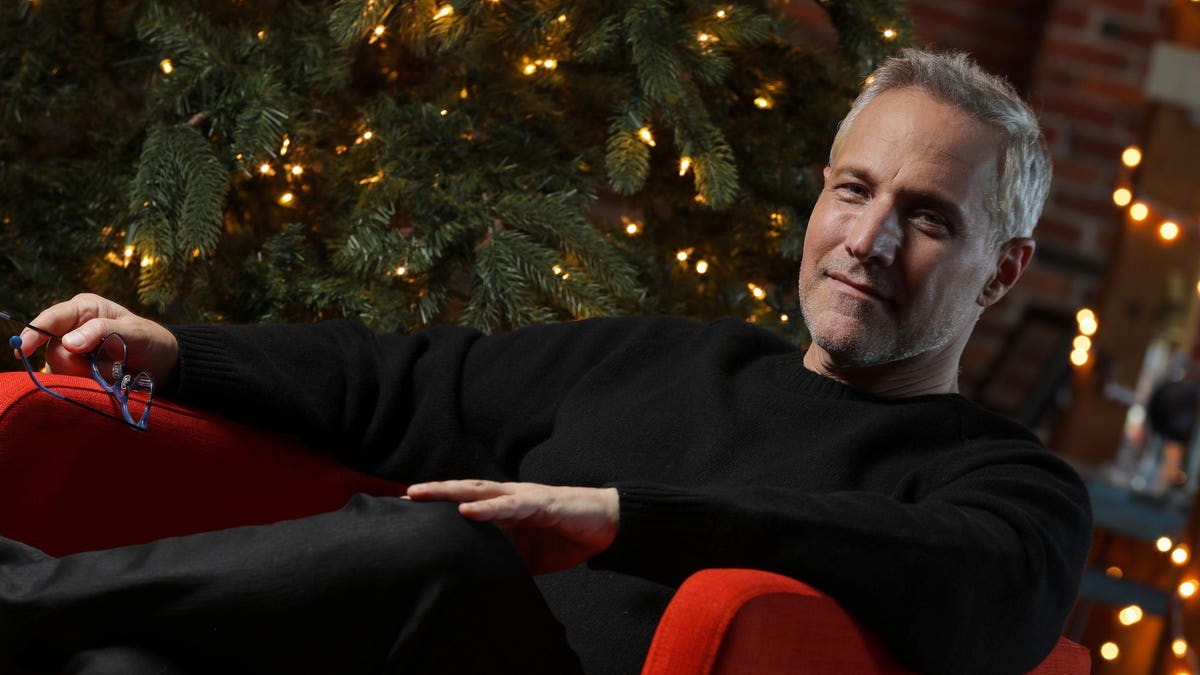 Jim Brickman is bringing a lot of joy to his fans this holiday season with a new album and a dynamic winter tour. He always dreamed of recording an album with a symphony orchestra, and that dream came true with A Christmas symphony. His next concert tour, The Christmas present live! In concert, will offer the public the chance to hear his greatest hits alongside holiday classics. He told us about his new album, his upcoming tour, his connection to his hometown, and more.

What inspired you to record A Christmas symphony?

I play with symphonies. During my career I have played with a lot of symphony orchestras and every time I play my music with them it feels like it comes to life. The strings are skyrocketing and so are the woodwinds, and it’s so amazing to hear my music come to life like this. I love all the colors and all the circumstance of it; it is really very good.

What was the experience of recording it? Have you done a lot virtually?

I’ve done a lot of it virtually, but I’ve also done some of it myself in the studio. Some recordings were done via live streams with me remotely so that was really cool.

And is this the first time you’ve made a holiday album with a symphony?

He is. I have made so many vacation albums. This time, I really wanted it to be something unique and that sounded like Christmas. I wanted it to be really merry for Christmas this year because of what’s going on in the world. I didn’t want it to be melancholy or gloomy. I felt like I wanted to be more festive.

What do you think are the biggest rewards of making this holiday album?

I would say bring it all to such a spectacular level. I was able to do things that I was not able to do before, like recording â€œThe Nutcrackerâ€. It’s very difficult to do something like “The Nutcracker” on the piano solo. You kind of have to have all the colors of the woods. It takes you to this place that so many of us go to at Christmas, and it’s so magical. So, I absolutely loved doing it.

I had great help with the orchestrators. I have wonderful Broadway star Kelli O’Hara on the album, and I’ve always been a huge fan of her vocals. I also have Five for Fighting on it. So it’s really eclectic but also festive and classic. There’s a very nostalgic quality to those times when people were watching Christmas specials with Dean Martin or Andy Williams. They always had strings and a symphony behind them. This album is very nostalgic, I think, for people to hear these kinds of arrangements.

What inspired your collaboration with Five for Fighting? It’s interesting.

We have already written. In fact, we wrote a Christmas song a few years ago, and they invited me to be on one of their Christmas specials. I suggested this arrangement I had of all the Christmas hymns in a medley where you did “Greensleeves”, “What Child is This?”, “God Rest Ye Merry Gentlemen”, and all those songs. I had arranged them in a way that was a medley instead of just song by song. We played that in a special live, then I just adapted the recording for it.

Over the years I’ve always believed in a very eclectic mix of people on my albums, I think listeners appreciate the eclectic nature of what I’ve done when it comes to guest singers.

I see you start The Christmas present live! In concert vacation tour of the United States over Thanksgiving weekend. What can the audience expect from the show?

Well, there’s always a little bit of thinking. My holiday concerts are always nostalgic and very family-friendly. I always play my hit songs because I know people want to hear them with Christmas music. It’s a bit like Christmas music, my hit songs and other favorites. I still have a singer, a singer and an electric violin player. However, I never have a full group.

There is a lot of variety. There’s a lot of humor, and it’s always a very comfortable and emotional celebration. It has its happy moments, its tender moments and its funny moments. I try to make it an escape so that people laugh and think of nothing. I hope they let the music flow and that coming together will be at the center of what we do together.

It’s awesome. You mentioned your shots. Can you share some of the other songs you will be playing on this tour?

Well I still do “The Gift” which is one of my most popular Christmas songs. I always do things like â€œValentineâ€, because even though it’s Christmas, people want to hear that. I play “Simple Things”, “Love of My Life”, “Destiny”, and a lot of those hits. Also, of course, brand new songs. I have a collaboration this year that’s not on this album with a new band called The Sharpe Family Singers, and so there’s a whole new song that I think is going to be a huge hit with this band. It’s a very popular TikTok sensation. I think they’re so talented, and so we’re going to do a song that I wrote for them as well and some new songs as well.

I see your tour starts in Cleveland on November 16, 2021 and ends on New Years Eve in Phoenix, Arizona. I know you have traveled extensively for tours in your career. Do you have any favorite cities that you always like to visit on your tours?

Well I have to say my hometown Cleveland is still my favorite because that’s where I grew up. All the venues I play now in Cleveland are where I used to see the bands and musicians I admired growing up. For me, there is something about playing in your hometown where you were inspired to do what you do. So it’s still a favorite. I also like Phoenix.

In many ways, it’s not so much the cities as the theaters of these places. Some of the nicest theaters around have been restored Broadway-style theaters and places like the Musical Instrument Museum in Phoenix where the acoustics are perfect. It is a truly intimate place. There are many favorite spots out there, but it usually has to do with the theater experience. The public supports this with the same feeling about their community.

Hartford is another city where I have a special affection for the theater and the people there because they were one of the cities that really started my career. The people of Hartford have been huge advocates for me from the start.

When you are not working, do you like to travel?

Yes, last week I was in New York, Salt Lake City and Minneapolis.

What were the challenges of preparing for this tour with the current pandemic?

Well the most important thing is safety. The safety of my crew is a priority. I will not put anyone in my crew in any dangerous situation. It’s still difficult. We have a lot of work to do to complete this tour if that is to happen. There are certain places that are going to be difficult for us to do, and we are just trying to take precautions to assess certain cities and make decisions on how we are going to handle each safety issue to ensure the well-being of all. people.

What has been the biggest surprise of your career so far?

I think of the incredible opportunities that have been given to me to work with people I admire and to collaborate with so many talented people over the years. I am impressed with the longevity of the fans’ connection with my music. I was surprised that it was not a fluke like many careers. I love that people continue to come to the Christmas show every year 25 years later. For me, I like that it lasts that long.

Just that I like to defend young musicians. I like to see young people at my concerts. We do a lot of philanthropic work for musicians. We have done philanthropic work for the Actors Fund to help entertainment workers. We have tried to help performing arts centers across the country and fund them so they can continue because live shows are so important. I always encourage people, when they can, to support the arts in their community because it is such an important part of life.

Jim Brickman’s Tickets The Christmas present live! In concert are on sale now.