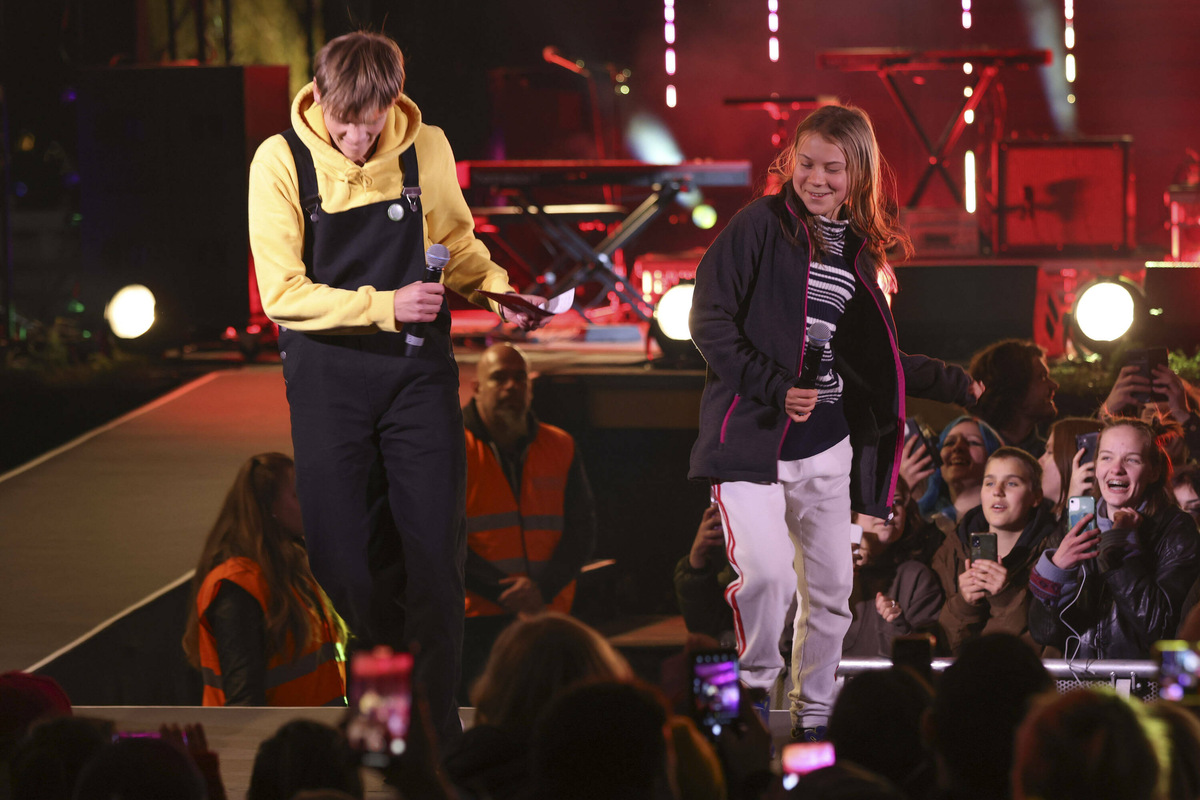 Swedish climate activist Greta Thunberg surprised attendees at an environmental concert by performing a song on Saturday night in Stockholm!

Stockholm, Sweden – Swedish climate activist Greta Thunberg surprised attendees at a concert for the environment performing a song with another climate activist on Saturday night in Stockholm.

Thunberg sang and danced to the acclaimed 1980s Rick Astley hit, Never Gonna Give You Up.

It was Thunberg’s first time to sing in public, Swedish newspaper Aftonbladet reported.

â€œAt the end of the day, we’re just teenagers having fun with each other, not just the angry kids the media often portray to us,â€ she told the newspaper after the performance.

Greta comes from a musical family, with her mother, Malena Ernman and sister Beata Ernman Thunberg, both in the music business. Her mother is an opera singer and represented Sweden in the Eurovision Song Contest in 2009.

Saturday’s concert was part of a series hosted by climate activists Fridays for Future and Livegreen, a festival organizer. The series, called Climate Live, takes place in 45 countries.