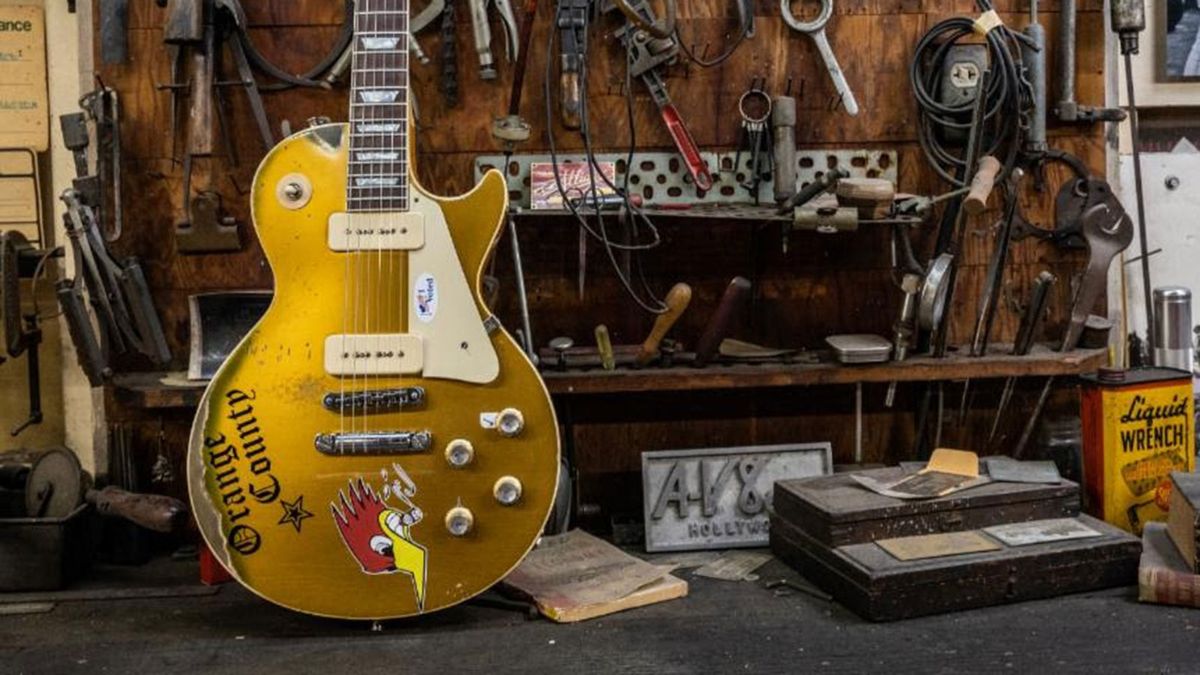 Guitarist and Social Distortion frontman Mike Ness has teamed up with Gibson Custom Shop to create a new high-end signature model, based on his 1976 Les Paul Deluxe Goldtop.

In line with late ’70s LPs, it features a three-piece maple neck, a two-piece solid maple top, and a mahogany “sandwich” body with a maple center, which makes it a lighter construction than mahogany. necked beasts that were produced until the early 70s.

The neck profile has been custom shaped to mimic Ness’ own instrument and features a rosewood top with jumbo frets, trapezoidal inlays and a nylon nut.

Ness replaced the pickups on his original LP with P-90s and Gibson uses custom versions of his famous soap bar pickup here, which he says offers a “perfect vintage replacement and features two-conductor wiring. braided vintage”.

There are Gotoh tuners, Dunlop straplok knobs and a Tone Pros Tune-O-Matic bridge. The nickel hardware, like the body, has been aged using Gibson’s Murphy Lab sorcery. It even features replicated Orange County, Clay Smith Cams Mr. Horsepower and I Voted stickers – as seen on Ness’ original.

In addition, the guitar comes with a Gibson Deluxe protective case and a certificate of authenticity.

Many will be intrigued to see how this model fares amongst the Custom Shop lineup. Players have become conditioned to the prices of high-end Gibson reproductions, but asking even the most affluent punk fan to pay $9,000 for a guitar arguably presents an ideological challenge — and a gamble for Gibson.

‘Stolen: The Unsolved Theft of a $3,000,000 Violin’ follows the mystery of the Stradivarius theft days before Erica Morini’s death