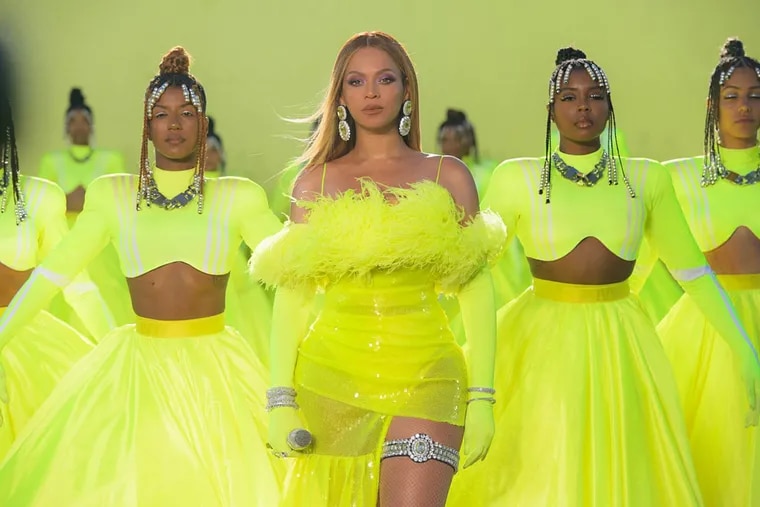 From Beyoncé to Bad Bunny via Kate Bush

This list of 26 songs isn’t looking for a single song from the summer.

Yes, it starts with Beyoncé, whose new song “Break My Soul” heralded her momentous comeback. And it includes plenty of other bold names from Lizzo to Harry Styles to Bad Bunny and Kate Bush. (That’s right, Kate Bush.)

This list of summer songs is designed not as a best-of ranked # 1 to # 26, but as a playlist that brings together candy-colored hits and more subtle experiments, with independent artists and local luminaries mixed in with the heavy hitters and a bit of melancholy to go along with the euphoria.

A Spotify playlist is included. So please listen to the songs in order, respecting the carefully considered sequencing and sequencing.

Oh, who am I kidding? Listen as you like. Hit the shuffle button if you want. These are my songs for the summer of 2022.

1. Beyoncé, “Break My Soul.” We begin with Beyoncé’s surprise excursion into house music. “Break My Soul” is inspired by Robin S.’s 1990s hit “Show My Love” and samples bouncy New Orleans rapper Big Freedia. Queen Bey convincingly insists that her spirit will prevail no matter what troubles the world brings: “You won’t break my soul.” Renaissancehis new album, is scheduled for July 29.

2. Lizzo, “Grrrls.” The second single from the next Special – due July 15 – made headlines when Lizzo changed the song’s lyrics after being criticized for using a pejorative term for spastic diplegia. Without offense, the song celebrates grrl power, sampling the Beastie Boys with collaborators including Philadelphia producer Pop Wansel.

3. Harry Styles, “As it was.” A playful nod to 1980s pop bands, this single from Harry House’s is both playful and melancholy. I got a sense of his community power in May while he was performing before Olivia Rodrigo took the stage at the Met Philly, when apparently all the teenage girls were singing there.

4. Tove Lo, “Nobody dies of love.” This Swedish pop star has another great new single called “True Romance”. But I got this one stuck in my head, which is also from his next dirty wife and features a video in which Tove Lo breaks the heart of a robot in love.

5. Bad Bunny, “Moscow Mule”. Bad Bunny hitchhikes naked in the video for “Moscow Mule,” the title of which presumably refers to the libation the Puerto Rican rapper and pop star talks about in Spanish lyrics that translate to, “I’m excited after two drinks”. his album A Verano Sin Ti, basks in the summer sadness. It headlines Made in America Labor Day weekend in Philadelphia.

7. Taylor Swift, “Carolina.” The first newly written Swift song to be released since Swift’s release Folklore and Still in 2020. “Carolina” sticks to that folksy flavor. It was written on specification for When the Crawdads singthe film adaptation of Delia Owens’ 2018 novel, due out this month.

9. Amanda Shires, “Take it like a man.” The title track from the Nashville Shires songwriter and fiddler’s forthcoming album is his most powerful vocal performance to date.

11. Jazmine Sullivan, “Sometimes I feel like a motherless child.” Also from the Elvis soundtrack, this track finds Philadelphia R&B singer Sullivan putting his heart and soul into a frequently performed witty Presley. Sullivan is headlining the Made in America festival.

12. Cat Doja, “Vegas.” The Elvis The soundtrack also includes songs “inspired by” like this rap by Doja Cat, which samples the cover of “Hound Dog” by Shonka Dukureh.

13. Kate Bush, “Running Up That Hill (A Deal With God)”. The unexpected success of British singer-songwriter Bush’s song from her 1985 album love dogs is due to its use in the Netflix sci-fi drama strange things, set in the 1980s. Gothic romance never goes out of style.

14. Duke and Jones with Louis Theroux, “Jiggle Jiggle.” Louis Theroux, 52, journalist, son of author Paul Theroux, is also in the accidental British category. A playful rap he wrote while filming a documentary in New Orleans in 2000 was repurposed by a DJ-producer duo from Manchester, England. It’s a TikTok sensation.

15. Lily Allen, “F—You.” Allen’s 2009 single was covered by Olivia Rodrigo at Glastonbury last weekend with Allen’s help, and is now available as a ready-made protest for a summer of pop stars speaking out for rights reproductive.

16. Vince Staples with Ty Dolla Sign, “Lemonade.” This highlight of Long Beach, California, the rapper Ramona Park broke my heart is about a sense of duty to where you come from. Staples is telling a summertime truth “There’s nothing like frozen lemonade.”

17. Pusha T, “Diet Coke.” Another song with a title that references a refreshing drink is Pusha T, rock solid, with rapper Virginia accurately enunciating teaming up with producers Kanye West and 88 Keys.

18. The A’s, “He needs me.” Not to be confused with Philadelphia Athletics, The A’s is a New Wave era band led by Richard Bush. Those A’s are Amelia Heath and Alexandra Sauser-Monnig. (Get it?) “He Needs Me” is a cover of the Harry Nilsson song that Shelley Duvall sang in Robert Altman Popeye.

21. Le Beths, “Silence is golden.” A little peace of mind would be nice. That’s the message Elizabeth Stokes delivers in this (rather noisy) single from her New Zealand band’s forthcoming album. Expert in a dying field.

23. Rusty, “Surrender to the beat.” Elvis Costello reunited with Allan Mayes, with whom he played in the Liverpool rock band Rusty in the early 1970s. This song, a staple of the band’s sets, was written by Nick Lowe. Costello is playing at Parx Casino on August 12.

24. Titus Andronicus, “We return.” The New Jersey rock band named after a Shakespeare tragedy is back with a cover of a 1983 song by British band Cock Sparrer. Patrick Stickles is full of faith: “We fight to get there, never doubt that we will get through this.”

25. Gorillaz with Thundercat, “Cracker Island.” Damon Albarn’s rock band is back, coming to the Met Philly on October 14. Gorillaz’s cartoonish sensibility pairs well with Thundercat, the virtuoso bassist who makes sure this banger bounces around like a Gorillaz song should.

26. Sharon Van Etten, “Mistakes”. Sharon Van Etten Has Made Her Biggest, Biggest Music With Her New Album We got it all wrong. This song celebrates accidents that turn into revelations. Van Etten comes to the Mann Center with the Wild Hearts tour on August 19.