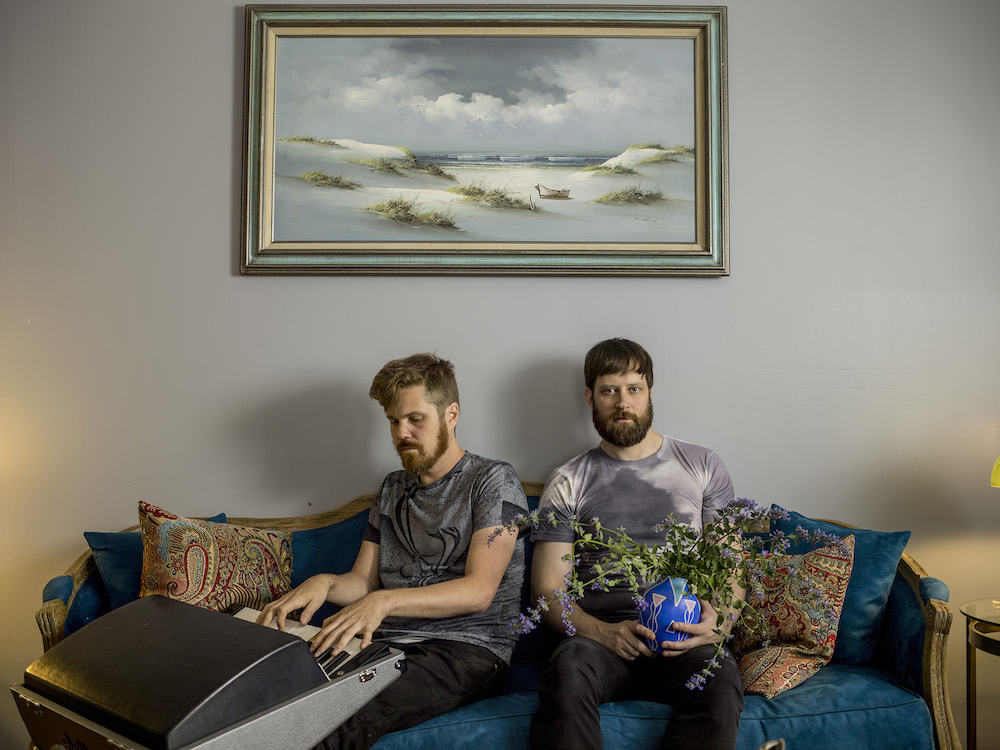 Today is the feast of the dead. But because I grew up Jewish, I certainly had to google what that exactly meant. Here is what I deduced: The Day of the Dead – also known as the Day of the Dead or commemoration of all departed worshipers – is a day to remember those who have died. This year it also means that we are getting a brand new single from the duo of Queens The Forms, also called “All Souls Day”.

Following â€œHead Underwaterâ€ and â€œSouthern Ocean,â€ â€œAll Souls Dayâ€ was recorded by Steve Albini at a church in Rockaway, according to band members Alex Tween and Matt Walsh.

“The” soul “of our song” All Souls Day “is the steel bass, a mysterious and sonorous magical musical instrument that we have never heard before that sounds both ancient and futuristic. A piano, a rhodes and a hammond organ overlap as vocals were recorded at a church in Rockaway, and the result is an eerie dark meditative soundscape of a quiet apocalypse, â€the group said in a statement, the rest of which is below. To:

We decided to release the song on the real All Souls Dayâ€¦ in fact our whole release schedule was based on what was going on. The song is a wild mood jump after [the previous two singles] â€œHead Underwaterâ€ and â€œSouthern Oceanâ€, which were colorful and upbeat freak-pop songs. We don’t know what kind of song â€œAll Souls Dayâ€ is – but it’s certainly in the vein of a doomy zeitgeist, which is supported by the song’s video, in which we play the song in a lonely field at the midst of the Catskill Mountains, and during the day seem to evoke forces that come to life at night under the gaze of the goldenrod and surrounding spiders.

Check out the Forms video for â€œAll Souls Dayâ€ below.

Review of Last Night in Soho, ABBA’s new album Voyage, and this year’s Rock and Roll Hall of Fame.