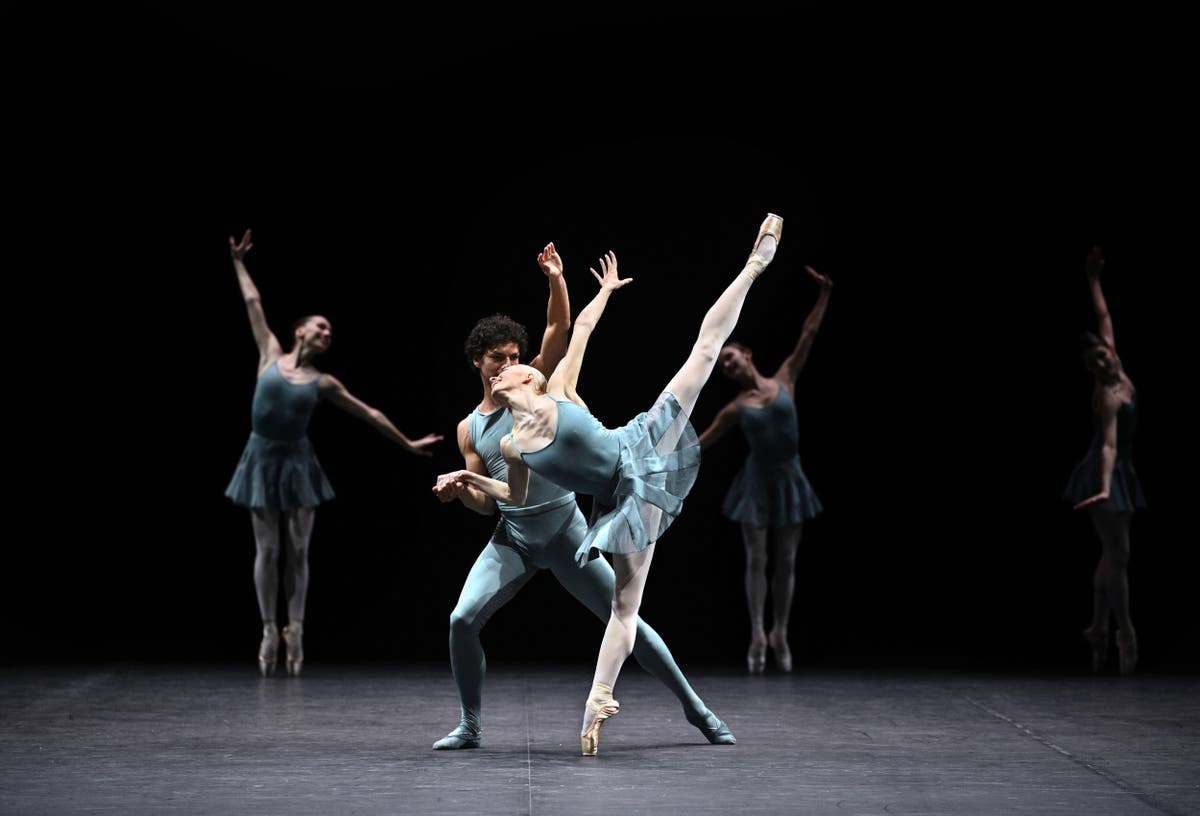 Review at a glance

the Rite of Spring is a score that often brings out the beast in a dance company. Loads of dancers, whips of fury, stomping to an agonizing human sacrifice. Not the veteran Swedish choreographer’s choice Ek rug, whose new version transforms Stravinsky’s boisterous music into a chamber piece about a young woman resisting her culture. It’s thoughtful but disappointing.

A wedding is brewing. The family, in Marie-Louise Ekman’s pajama outfits with pearly pink highlights, dance in rhythm but without apparent affection. Emily Suzuki’s mischievous daughter runs around the stage, hopping from side to side or heading for the exit, as if hoping to escape fate. Bad luck – she’s encased in a statuesque white dress and veil.

Marriage seems like a bargain between men – but the girl and her inexperienced husband (Fernando Carratalá Coloma) finally find some space alone. Apprehensively, they bow around each other, until the Girl throws her veil to the ground. They unfold in a tactile and playful duet, coltishly baring their bodies in private desire rather than communal duty.

The community interrupts their idyll, with devouring jumps on the ground and forbidden arms in sharp diagonals. The women beat the girl with their dresses – none with more anguish and disgust than Erina Takahashi’s mother – while the father (James Streeter) pecks her like a grotesque cock.

Stravinsky’s frenzy suggests both the Girl’s frustration and the implacable tradition that weighs on her. Ek’s versions of ballet classics always push hard on victimization, and his Rite turns into melodrama. ENB’s repertoire also includes Pina Bausch’s cataclysmic Rite of Spring, an undisputed modern classic. It’s interesting to see Ek’s take, which resists the rushed tragedy – but despite the engaged dancing and live music, it feels like a lukewarm response to a heartbreaking score.

Stina Quagebeur extends her confinement tube Take Five Blues, on the jazzy violin of Nigel Kennedy. It’s a soft treat. Under globe lanterns with soft apricot lights, dancers slide on the ground. They could almost joke on the move; Ken Saruhashi’s pointed arms scribble in the air and the room has the fervor of a cheeky lockdown.