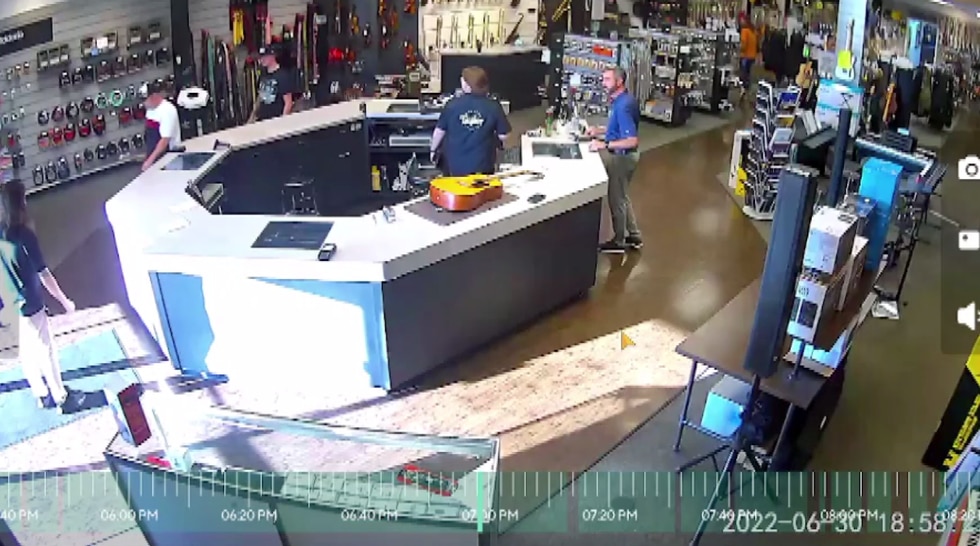 “This is the biggest ticket that has ever left the store,” Bodendieck said.

Another worker, Gabe Dunn, said he had never seen this before.

“It’s kind of shocking,” Dunn said. “You don’t see that kind of behavior. Especially not here of all places.

That’s how employees of Ernie Williamson Music off South Fremont in Springfield describe the night of June 30.

“These guys just go around the corner here and walk out the front door with the guitars,” Bodendieck said.

Workers said the thieves arrived minutes before closing time and began touching several guitars, leaving fingerprints. Afterwards, Bodendieck said they walked around the store and tried to walk out as if nothing had happened. But customers didn’t see it that way.

“Well, two customers who were in the store with them also ran outside with my guys,” Bodendieck said.

Bodendieck said the guitars were worth $2,300. She said that after being chased outside the store by staff and customers, one man ran down the street and the other drove off in that car.

“Our customers are so loyal to us that they would help us out,” Bodendieck said. “They just walked out of here.”

Dunn, who was behind the counter and chased after the thieves, said their client’s actions meant a lot.

“It was really impressive to see that these guys were willing to go the extra mile for their local music store,” Dunn said.

Bodendieck said she appreciates their customers’ efforts to pick them up.

“We do what we love here,” Bodendieck said. “So it’s great to see that our customers are as loyal to us as we are to them. It’s just a testament to what we do here.

Bodendieck said if you know anything about these men or what happened, call the Springfield Police Department.

To report a correction or typo, please email [email protected]