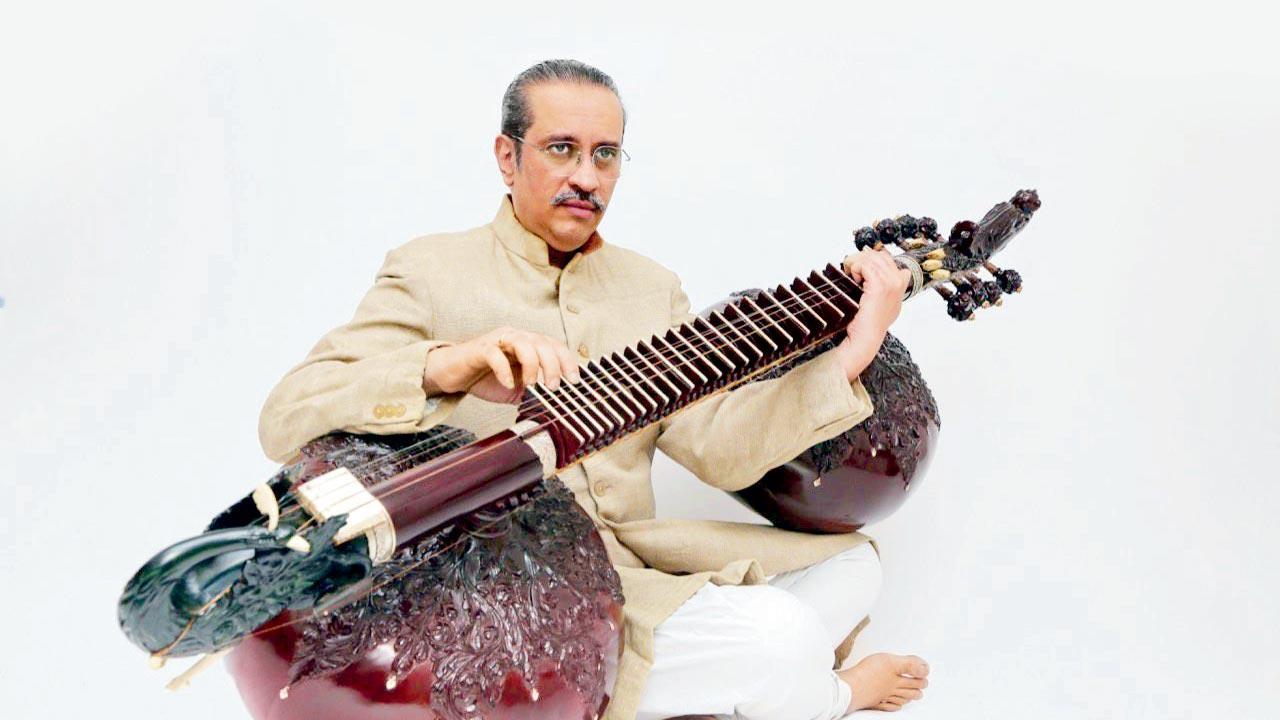 With the onset of the monsoon, the folks at G5A are preparing for a quieter, more reflective time for artists to experiment and explore, quietly and deeply. If you are interested, you might want to see a performance by Maestro Mohi Bahauddin Dagar, an exponent of the rudra veena instrument, an ancient Indian classical musical instrument. He will perform at Baithak, an acoustic concert series that creates an intimate space and embraces the subtle, unspoken moments between artist, instrument, and audience.

Dagar practices rudra veena in the Dhrupad genre, which is the oldest known style among the major vocal styles associated with Hindustani classical music, and has its roots in the SamVeda. The word Dhrupad is derived from dhruva, which means constant, and pada, which means whole-composition. “It is very encouraging to know that G5A is encouraging the baithak format, as these Indian classical music baithaks were the soul of the Mumbai music scene in the 1970s,” the musician recalls.

Born into an illustrious family of Dhrupad musicians in 1970, he began his foray into Indian classical music at the age of seven, training with the sitar under the guidance of his mother, Smt Pramila Dagar. After his initial training, he received instruction in surbahar and was later introduced to the rudra veena by his father, Ustad Zia Mohiuddin Dagar, a legendary rudra veena maestro and his uncle, Ustad Zia Fariduddin Dagar; a famous Indian classical singer from whom he also later learned vocal music.

Speaking about the Baithak series, Anuradha Parikh, Founder of G5A, shares, “It allows us to re-establish the intimate connection between artist, instrument and audience that traditional performances embodied. We were fortunate to have Julius Baer, ​​a wealth management company, to support this series every month during our season, not only financially, but also attracting a more diverse audience.