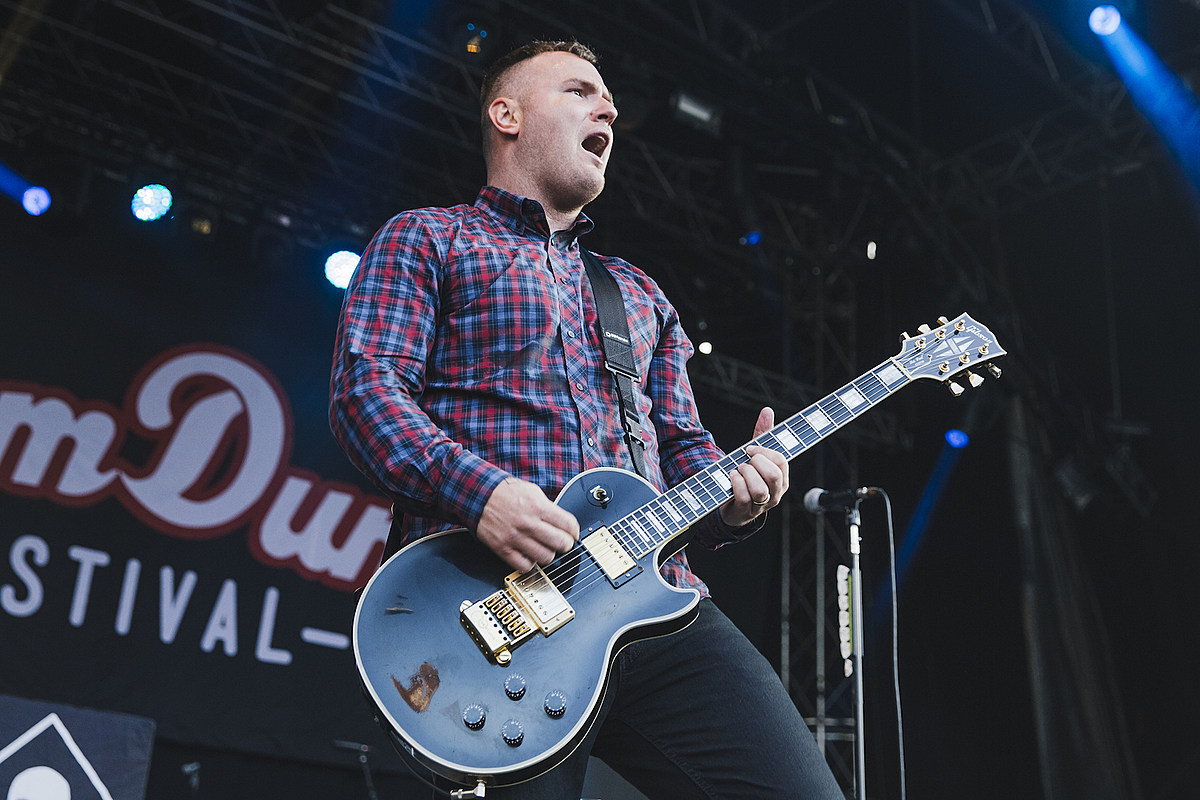 New Found Glory guitarist Chad Gilbert has been diagnosed with a rare form of cancer called pheochromocytoma. The musician underwent successful surgery to remove the tumor earlier this month, but not before Gilbert’s wife saved his life after finding him unconscious in bed.

The past two weeks have been grueling for Chad Gilbert, who helped form pop-punk favorites in 1997. He detailed his ordeal in a lengthy Instagram post that spills into the comments section. Here’s what Gilbert shared with his fans:

For 14 days, I have been living in the hospital after the cancer was removed. Here is the timeline of my unexpected journey:

On December 5, my wife found me unconscious in bed. I had woken up sweating the last few days and thought I was sick. Unable to wake me up, she called 911 and performed CPR and mouth to mouth. Apparently I was doing something called “agonal breathing” and I was minutes away from death. I woke up with 7 paramedics around my bed. I was so confused. My blood sugar dropped to 20 and if my wife hadn’t found me I would have fallen into a coma or died. The paramedics took me to the emergency room in an ambulance. They couldn’t understand why my blood sugar kept dropping or why my blood pressure kept skyrocketing, even with blood pressure medication in my system. I was plugged into two different drops that I couldn’t be separated from.
The next day an amazing endocrinologist visited me and asked me a bunch of questions about my health. Honestly, she felt like an angel from heaven. She told me based on all of my symptoms that I had a very rare tumor called pheochromocytoma! It’s a tumor that grows on your adrenal gland and disrupts all of your hormones. It ate all my glucose, changed my hormones, and raised my blood pressure. I couldn’t survive without an IV until this tumor was removed.
6/12 I received a scanner which showed alarming news. My tumor was malignant and had grown from my adrenal gland to my liver. It was huge. Which made my pheochromocytomas even rarer because they are usually benign.
8/12, three days since my amazing wife saved me from death in bed. I was taken to a large hospital and transferred to the intensive care unit. I had an MRI which showed the tumor was actually a growth and had not spread to other parts of my body. Now that my miracle doctor, oncologist and amazing surgeon had all the information they needed, they scheduled my operation for Monday 12/13.

Congratulations to Chad Gilbert and his medical team for a successful surgery. We wish Chad and his loved ones the best in his next pathology report, as well as strength and determination during this difficult time.

50 best pop-punk albums of all time

Our pick of the 50 greatest pop-punk albums of all time!

The music of Chaozhou inherited by the younger generation

Chicago will require proof of vaccination at restaurants