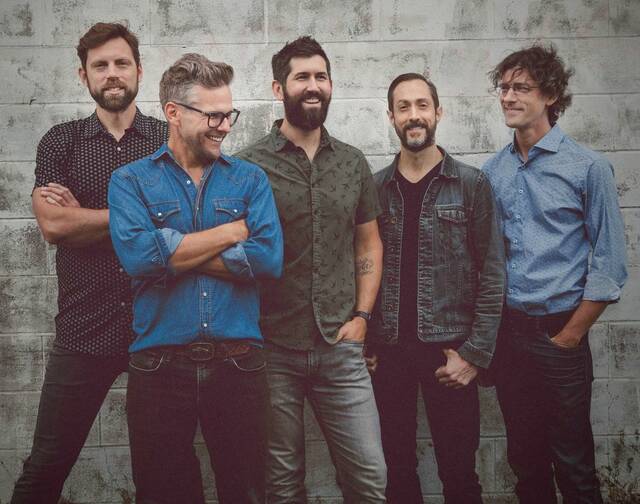 GALAX, Va. — The Blue Ridge Music Center is celebrating 20 years of summer concerts at its hillside outdoor amphitheater on the Blue Ridge Parkway with a slate of performances announced for the 2022 season.

A number of fan favorites will take to the stage, including North Carolina-based artists such as Asheville’s Steep Canyon Rangers, as well as The Kruger Brothers backed by the Kontras Quartet and Chatham County Line.

The regional flavor also features Virginia-based artists including The Steel Wheels, Dori Freeman backed by a Winston-Salem Symphony string quintet, and Bill and the Belles.

Organizers point out that the concert roster is strong on bluegrass and early music, with traditional acts as well as artists performing in a more contemporary vein.

Representatives of Blue Ridge Mountains music in the upcoming concert series will be Unspoken Tradition, Five Mile Mountain Road, Nobody’s Business, None of the Above, The Mike Mitchell Band, Zoe and Cloyd and ShadowGrass.

Featured performers who represent diversity and inclusion in the American roots music community include Rissi Palmer (Color Me Country Radio), Joe Troop and Friends, The Earl White Stringband, and several female-fronted bands such as Molly Tuttle and Golden Highway, The Amanda Cook Band, The Burnett Sisters Band and Dori Freeman.

Tuba Skinny will kick off the concert series on May 28 (the Saturday of Memorial Day weekend). An ensemble cast of former street musicians, the band’s sound evokes the rich musical heritage of its New Orleans home, from spirituals to Depression-era blues, ragtime to traditional jazz, center officials say of music.

The series ends on September 3 (over Labor Day weekend), when Californian Molly Tuttle, the first woman named Guitarist of the Year by the International Bluegrass Music Association, takes the stage.

Tuttle is considered one of the most compelling young voices of American roots. Tuttle and his acclaimed Golden Highway Band will perform songs from Tuttle’s critically acclaimed bluegrass album, The Crooked Tree.

The Steep Canyon Rangers, which will appear at the Blue Ridge Music Center on August 6, are Grammy winners, perennial Billboard chart-toppers and frequent collaborators of famed banjoist (and occasional comedian) Steve Martin.

The band released three albums in 2020 on Yep Roc Records. The Grammy-nominated North Carolina Songbook is a recording of their 2019 live performance at MerleFest, in which the Steep Canyon Rangers performed a selection of songs by state songwriters (Ola Belle Reed, Doc Watson, James Taylor , Ben E. King and others).

The studio album Be Still Moses teamed up with the band with Philadelphia soul legends Boyz II Men and their hometown Asheville Symphony to revise the song “Be Still Moses”, which was first recorded on their 2007 album Lovin’ Pretty Women. The album features reimagined versions of previously released original Steep Canyon Rangers songs performed with an orchestra.

Their latest all-original music release, Arm in Arm, was released in October 2020.

Performances begin at 7 p.m. on Saturdays during the Blue Ridge Music Center concert season, with doors opening at 5:45 p.m. Ticket prices range from $20 to $40. Tickets, season passes (full, half and Pick 3), as well as subscriptions, are available at https://www.blueridgemusiccenter.org/

The full program includes these dates and artists:

• June 18: The Kruger Brothers accompanied by the Kontras Quartet

• June 25: Zoe and Cloyd plus The Burnett Sisters Band with Colin Ray

• July 9: The Mike Mitchell Band; none of these answers

• July 16: Bill and the Belles; ShadowGrass

• August 6: an evening with the Steep Canyon Rangers

The Blue Ridge Music Center, located at Mile 213 on the Blue Ridge Parkway near Galax, exists to celebrate mountain music and musicians.

It is a national park facility, a major attraction along Blue Ridge Parkway, and a partner site of The Crooked Road, Virginia’s Heritage Music Trail, and Blue Ridge Music Trails of North Carolina.

The Blue Ridge Parkway/National Park Service maintains and operates the site and has a visitor/interpretive center there.