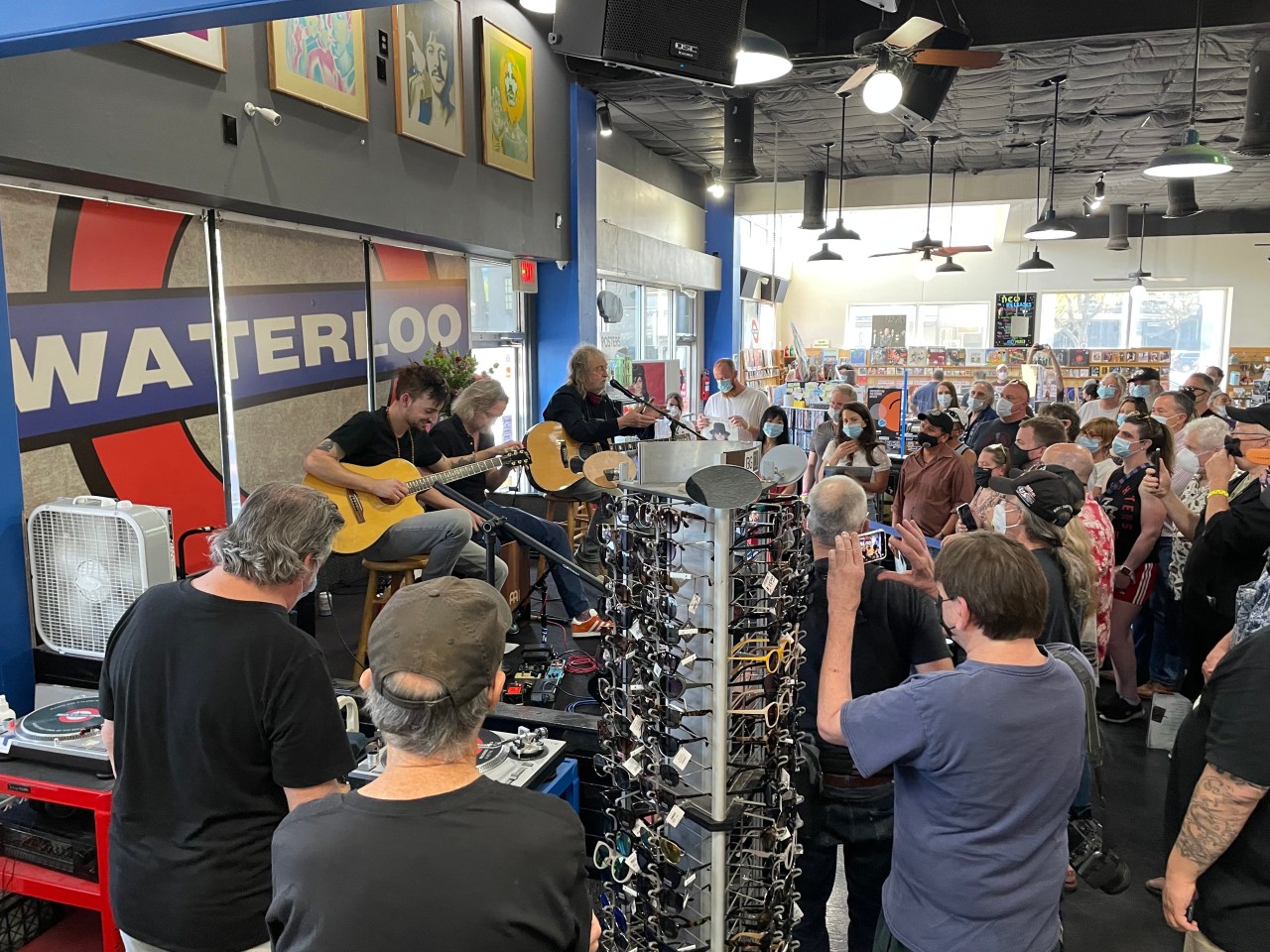 AUSTIN (KXAN) — An Austin icon celebrated 40 years in business Friday with its first in-store show in more than two years.

Waterloo Records rang in its birthday with performances by Ray Wylie Hubbard and Heartless Bastards. The COVID-19 pandemic caused the store to stop such events since March 2020. Both performances had limited capacity and masks were required.

John T. Kunz, owner and president of Waterloo Records, said he started the business three months after it originally opened in 1982. At the time, the record store was actually located two-thirds of a mile further south on Lamar Boulevard from the location. where it is today, according to the store’s website.

“It’s so good to be able to get back to normal in small steps and to be able to have a few live shows in store after more than two years of not doing it when we normally would once or twice a week. It’s really great,” Kunz said.

“All the CDs, LPs, videos and everything we sell is a great documentation of that. From the greatest music from corner to corner, to all the great music around the world,” he said .

Waterloo has seen the rise of online music streaming platforms, and Kunz said it’s been tough for a while. But since then, he said, there’s been a resurgence in vinyl, and now it’s 85-90% of all of their business.

“Having the younger generation decide that they actually want to own physical music has been a game-changer in terms of everything that’s going on,” he said.

Nathan Tape, a longtime Waterloo Records customer, said he first visited the store about 20 years ago when he was in town for South by Southwest. Now he visits Waterloo every time he comes to Austin.

He said the store’s curated selections have kept him coming back and added that they’ve done a good job of keeping up with the times over the years.

Kunz had a message for clients like Tape, who have stuck with them this whole time.

“For 40 years we have said ‘thank you’ [to our customers], and I hope we can say ‘thank you’ for many decades to come,” Kunz said. “Keep letting music be an important part of your life.”

The store is offering a sale on 40 different titles from the past and present selected by the staff to celebrate its 40th anniversary. Kunz said they hope to return to regular in-store performances soon.

“There’s obviously something about music that’s in a part of our brain and a part of our body that I think most people don’t really realize how important it is,” Kunz said. . “People who realize that, they come here.”

A Ukrainian musician will perform at the Grammys on Sunday