10 years after my first outing… has the industry really changed?

It’s been over 10 years since we released ‘Half Of It’, our first album under the name of YesYou. The song became the 11th most played record on triple j in 2011, providing us with incredible opportunities and putting our lives on a completely unpredictable path.

During the trip we had some incredibly difficult times followed by incredibly exciting times, but what started out as no more than two friends having fun, and it got really serious really quickly. Looking back, I still remember the number of emails we received every day from managers, labels and lawyers.

For two friends in their twenties who didn’t know much about the industry other than what they watched other artists and read in music publications, we thought we were on the right track. to build a career in the industry.

It was, as many of you reading this know, a long way from the truth.

Over the years, I have continued to release music while working in artist management, A&R, publishing and finally education. For several of those years, I worked outside of industry. The one thing that has become very clear during this time is that as an industry we have an incredible amount of knowledge and experiences flowing and not being collected and shared freely.

Check out the music video for “Half Of It” by YesYou:

Get the latest music industry news, information and updates straight to your inbox. Learn more 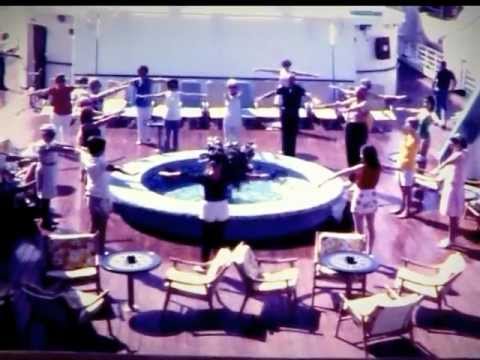 So, in October of last year, I spent $ 1,000 to create a platform called Your Favorite Team. The idea was to give artists direct access to knowledge and experience that is beyond the reach of so many new artists. We did this through “One on Ones,” lessons and courses that were recorded and can be streamed from the platform.

Over the next nine months, we ran 50 hours of paid sessions with local and international guests. We have increased the number of members on our site to just under 450 and have 75 artists paying a monthly subscription. We have built an online community of nearly 100 artists, who each week ask questions, share their experiences, make friendships and provide co-writing opportunities to support slots at shows.

I meet the first 75 artists to hear about their projects, their struggles and their goals. Through each of these conversations, I felt like I was transported back to 2011 when I was saying the exact same thing to the managers and labels we were talking to.

What hit me in the face like a ton of bricks is that over the past decade there has been literally no change in mindset for emerging artists, no big leaps. forward with knowledge, and artists still had little understanding of what they needed to know to achieve their goals in the industry. They dive head first (like I did) in the industry without understanding exactly how and what it takes to build a career in the industry.

The industry itself is incredibly complicated, which is no different from so many others, but what makes the music industry unique is that music plays such an important role in people’s lives. each. For the general public who are just amazed that artists can even write and release music, you can understand that when they hear that an artist has added a song to the radio or play supporting spots for a international artist, they think “wow they have to kill him”.

Add to that the amazing stories that fill the media with exploding artists. Before you know it, they’ve been traveling the world playing sold out, signing recording deals, and living what feels like an amazing life and career.

These stories are feeding the industry and encouraging more and more people to start releasing music, which is not a bad thing. Although it creates a false reality, a reality where artists aim for something less than 1% never gets.

According to Media, Entertainment & Arts Alliance ago 6,000 full-time career musicians in Australia and looking back 2007 survey of work in certain cultural and leisure activities, there were 328,800 involved in music. As a percentage, this represents 1.8% of all Australian musicians classified as full-time career artists.

In an industry that doesn’t already have a clear path, we see millions of artists around the world launching new projects with no way to gauge where they are on the journey. The result is that artists attach a large part of their self-esteem to achievements such as landing a manager, a booking agent, a label….

The truth is, while all of these things fall into place, you’re still not guaranteed a full-time living from music.

Unfortunately for artists who find themselves in a situation where they have all of these things but don’t make a living, they can feel like failures and don’t want to publicly paint this picture. And so the cycle continues …

According to a music business consultant Moses Avalon, the success rate when signing with a major record company is 1 in 2149, or 0.0465%.

Why is it a problem?

So many artists think they have to be 100% committed to their careers without considering a plan B. I mean, sure, it makes an amazing story when things work out, but we rarely hear about it. other side of the equation when things aren’t working out. ‘t.

They will be working part time in an industry that they may not like, as it gives them the opportunity to pursue their careers in music. They take a huge bet on something we can’t get over their time.

Is there a solution ?

I have some ideas.

There has to be a radical shift in mentality in the industry, which normalizes the real stories of artists. Artists should feel comfortable sharing their stories to help new artists considering entering the industry better understand their chosen path and fully prepare for the life that awaits them.

A good example is to become a doctor. People may want to be a doctor, but they know what is required and how difficult it is, so they choose other professions. the the student success rate for a medical career is 65%. Much better than our 1-2% (source: abs).

When artists sign for a label, publisher, or even a manager, they have the opportunity to learn roles within the industry. I’m certainly not saying we should cut all entry into the industry unless you’re an artist, but a system that prioritizes artists who have already given a lot to the industry makes so much sense.

The more artists we keep in the industry for the long term, it will only strengthen the ecosystem and in doing so help them find Plan B’s that are still in an industry they love.

We don’t 100% want to put up barriers to keep artists out of the industry, but we want them to prepare for what lies ahead. Music is a creative outlet, and as such, as many people as possible should have access to it, but the truth is, not everyone who wants to be an artist can be a career artist who can make a living from their art. . It is no different from any other industry.

The world cannot support an endless supply of trades, doctors, lawyers, teachers, scientists, really any profession. To limit the number of these occupations so that we don’t have thousands of graduates out of work, Uni places higher entry scores to limit the number of students, which changes from year to year based on opportunities. ‘use. We don’t have that mechanism in the industry or do we want it.

The goal must be to create music for the love of it. Artists should enjoy the journey, the process, and be proud of what they create, no matter what the outcome. Tying your self-esteem and the value of your music to what other people think won’t get you on a happy path, I know I’ve been there and it’s something I’m still working on.

We need an industry that is healthier and where not only can our favorite artists release music for many years to come, but where anyone, anywhere can make music just for fun without pressure and no expectations on where it might lead.

Gav’s journey in the industry began in 2010 with Yes you, a musical project with his best friend from high school. Their first track ‘Half Of It’ was added to JJJ and the duo performed with Rufus Du Sol, baseball stadium The music, Temperament trap, Dear, Midnight juggernauts as well as to sign agreements with Sony Music/Wonderlick, Good party and one Love.

Between 2015-2020 he created a label and released a track which was sampled by PARTYNEXTDOOR, has organized music education programs across Queensland to QMusic, was the liaison with the artists at BIG SOUND and managed artists who signed publishing contracts, sold featured shows, and worked on records that have collectively been released over 50 million times. In addition to working under Vitalic Noise Music Group where he directs an artist from Queensland CLOE TERARE and co-founded Bulk change posting with Justin Katerbreg, founder of Vitalic Noises.

In the first half of 2020, Gav consulted the Melbourne startup Muso before starting Your favorite team, a platform that educated the next generation of music industry creators.

Into A Ball – Six Crucial Musical Questions For The Booklights