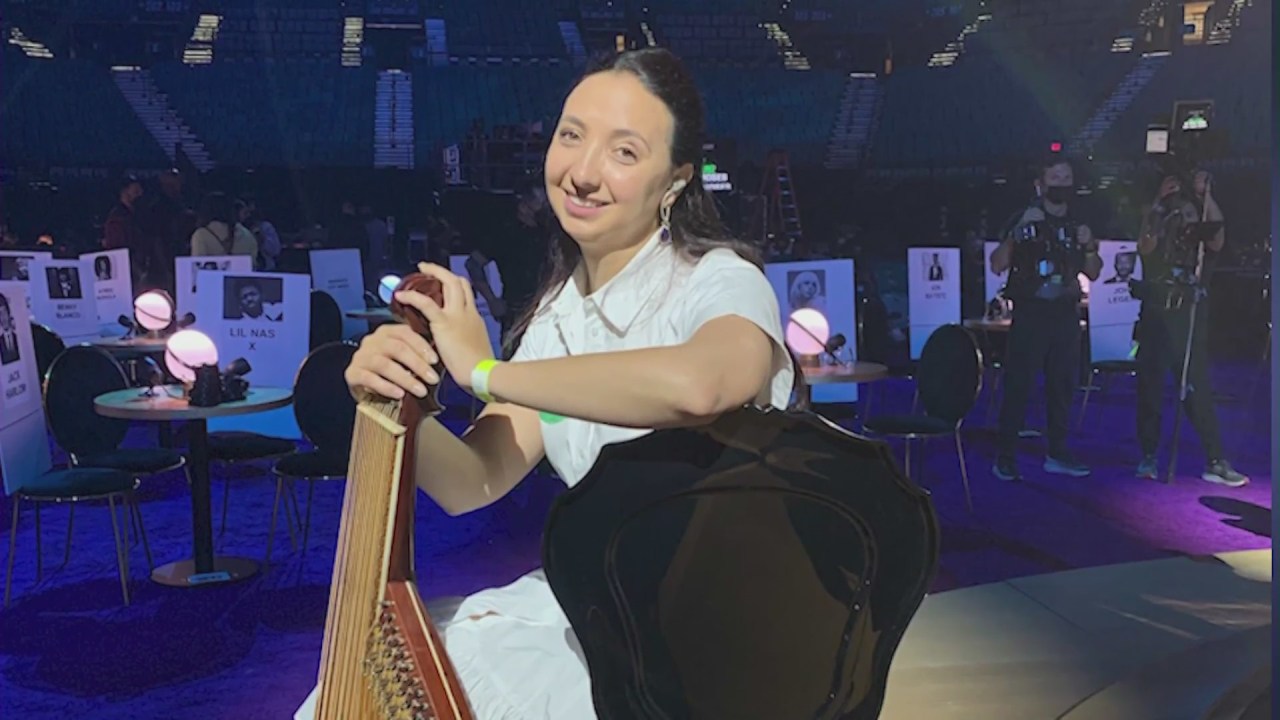 A Ukrainian musician will perform at the Grammys on Sunday

On music’s biggest night, with some of the world’s most iconic artists taking center stage, an as-yet-unknown musician hopes to bring the house down with a touching tribute to her native Ukraine .

Siuzanna Iglidan is a Ukrainian professional musician, composer, pianist and opera singer. She wears many hats and recently received a life-changing call from Grammy producers who spotted her work online.

“It was like a dream when they called me and said, ‘We would love to have you as a special guest,'” Iglidan said.

Best of all, she’s performing alongside Grammy Award-winning John Legend.

“He’s such a cool guy. He hugs and compliments people. It’s nice to be around,” Iglidan said.

Iglidan caught the attention of producers who were immediately drawn to the unique stringed instrument she played.

On Sunday, when she takes the Grammys stage, she will play a traditional instrument called a bandura. The bandura is considered the national musical instrument of Ukraine and became a rallying symbol for the country when hundreds of bandura players were killed by the Stalinist regime.

Iglidan shared photos from her round-the-clock rehearsals over the weekend with Legend and other musicians and described the outpouring of support she received amid this war.

“I’m sitting in the middle of this stage in front of all these famous musicians – Lady Gaga, John Legend, many, many more,” Iglidan said. “I went on stage and looked at this huge theater and barely holding back my tears I started crying. I couldn’t stop my emotions because I’m here in front of all of the United States to show how beautiful Ukrainian culture and music is.

She moved to the United States eight years ago, but still has relatives back home. She says that even though she is thousands of miles from her country, her heart will always be with Ukraine and the millions of families struggling to survive the war. She says they will all be honored at Grammy night.

“My heart is there. I love my people. I am honored to represent Ukraine on the Grammy stage.